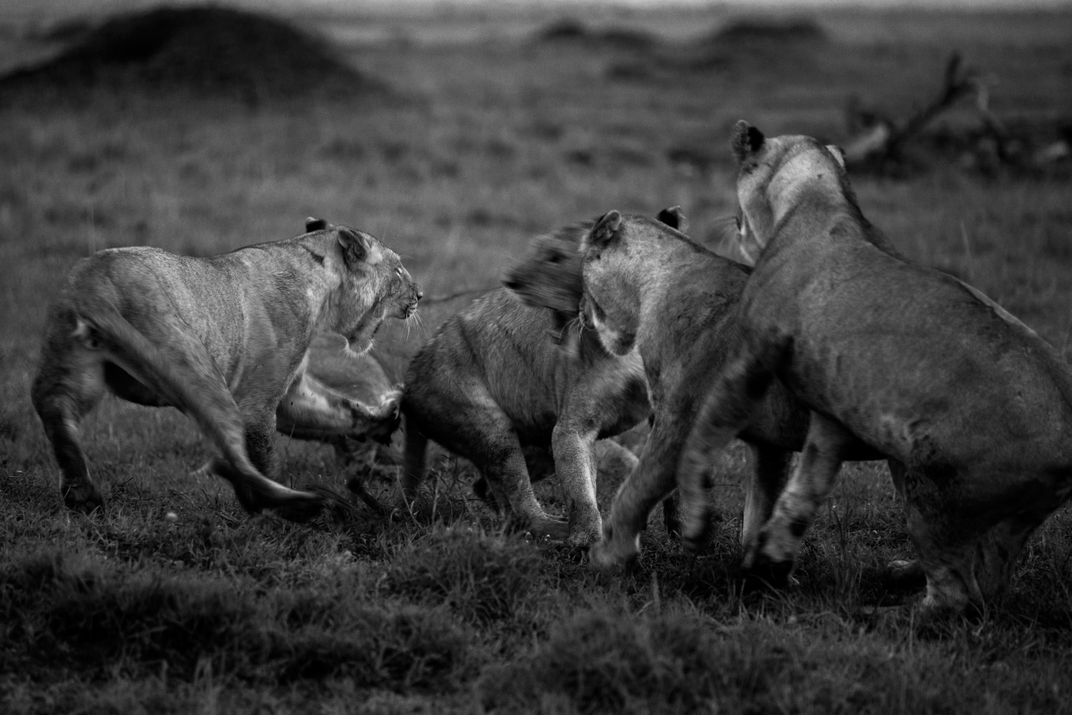 It was very early in the morning on my last day in the Mara. We left camp very early to try and spend a few hours with "Scarface", one of the most dominant male lions in the Mara. Suddenly we heard deep and low roaring that quickly became angry and loud. A single lioness had wandered into the territory of five lionesses and was being relentlessly punished for it. One female was leading the attack while the others were surrounding the intruder. The intensity of the fight was incredible.