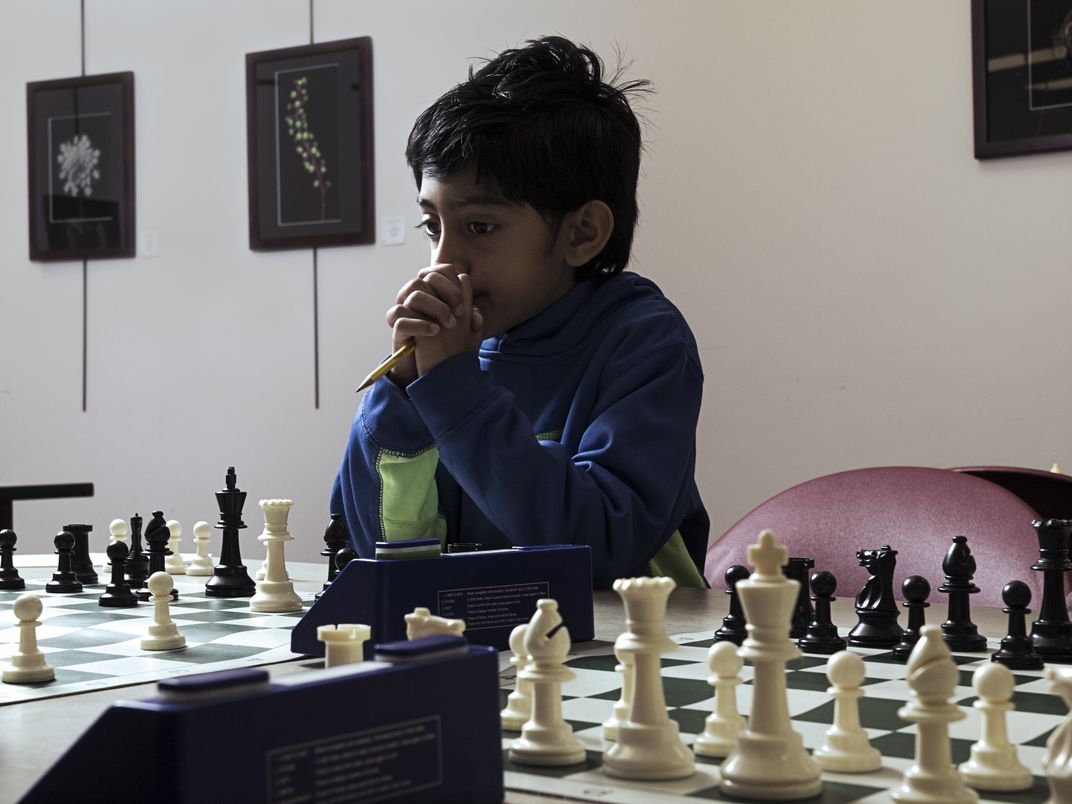 Saatvik Kannan, 8, waits for his opponent, Shenice Andrea Watkins (not in the frame), to make her move at the Parkade Open on Dec. 7 at Parkade Plaza, Columbia. Though, Saatvik lost this match, he was eventually placed first in his age category in the tournament. He is in second grade and is passionate about computers and learns chess and attends Kumon, an afterschool math and reading program. Saatvik's father, Raghuraman Kannan, is a faculty member in the department of radiology and bioengineering at the University of Missouri. He came to the United States in 2000 after earning his Ph.D. Anandhi Upendran, Mr. Raghuraman Kannan's wife joined him two months after he first set foot in this country. Ms. Upendran serves as the director of Nanoparticle Biochem, Inc., a private nanoparticle-based research company, and is also an adjunct faculty member in the physics department at MU. She holds a doctoral degree as well. The Kannans moved to the United States immediately after marriage and the prime reason for their decision to come to the United States was that they felt opportunities for someone with a Ph.D. in India are far and few between compared to the West. They zeroed in on the United States specifically for its great infrastructure and support systems for carrying out research. They did not plan on staying here for long but all the three members of the Kannan household hold U.S. citizenships now. They are not looking to move back to India as their son's education is their top priority and feel that moving back would put a lot of stress on him and hinder his academic progress. In addition, they also do not want to risk their careers by trying to re-establish themselves in India, a country they have been out of touch with (professionally) for the last 15 years.