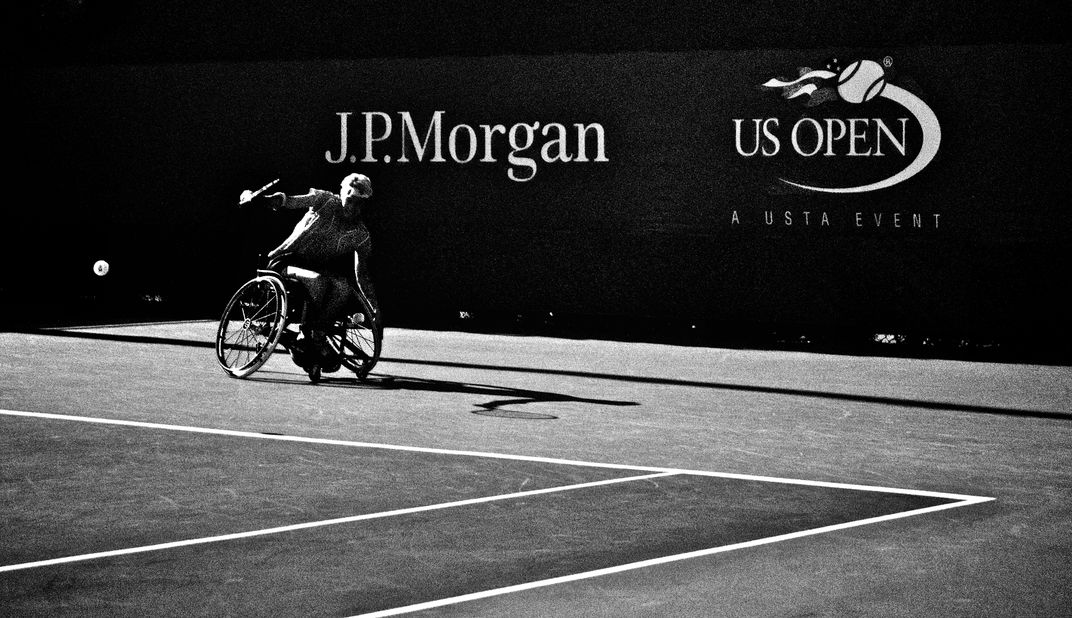 Sabine Ellerbock thrashes a backhand in a training session for her US Open Match. Since 1987, the US Open has been chronologically the fourth and final tennis major comprising the Grand Slam each year; the other three are the Australian Open, French Open and Wimbledon. The US Open is held annually, starting on the last Monday in August, and lasting for two weeks into September, with the middle weekend coinciding with the Labor Day holiday. The main tournament consists of five event championships: men's and women's singles, men's and women's doubles, and mixed doubles, with additional tournaments for senior, junior, and wheelchair players. Since 1978, the tournament has been played on acrylic hard courts at the USTA Billie Jean King National Tennis Center in Flushing Meadows–Corona Park, Queens, New York City. The US Open is owned and organized by the United States Tennis Association (USTA), a not-for-profit organization. Net proceeds from ticket sales are used to promote the development of tennis in the United States.