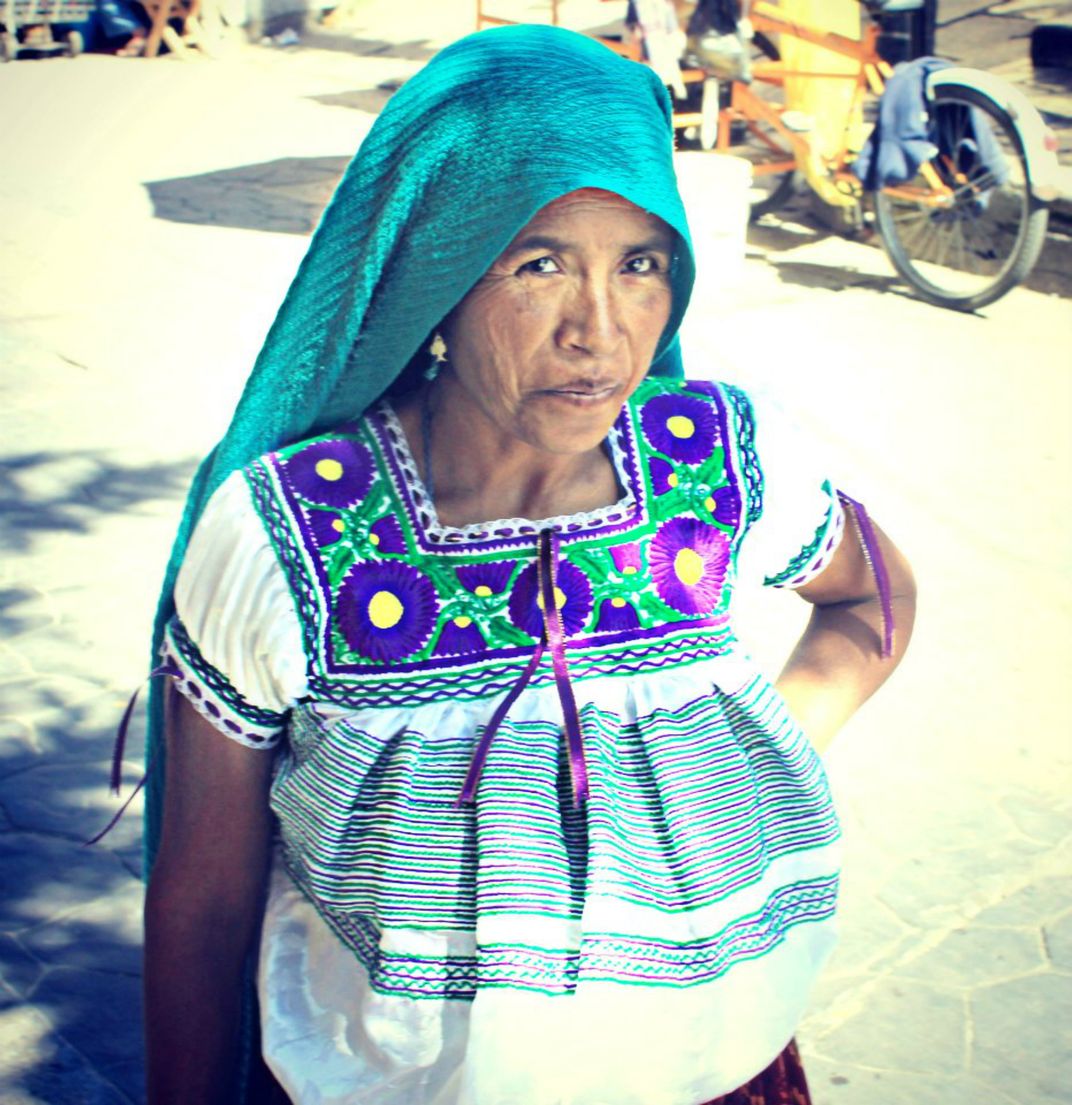 I had the pleasure of nestling in the mountains of San Cristobal, Chiapas Mexico. The markets are roaring with industry from handmade clothes, jewelry, and fresh produce. However, I had entered San Cristobal during the Saint Guadalupe celebrations in which an array of religious groups that follow her paraded around with theatrics, garments for sell, and religious figurines. The lady is wearing a black wool skirt and a colorful shawl, a dress code followed by all Tzotzil Maya women. The festival of Guadalupe was original in that it has Catholic origin, but these Mayan people indigenous to this area have a belief system tied deeply to nature and the Mayan Culture, but also mix in the Virgin of Guadalupe in reverence to that specific branch of Catholicism. The lady appears to be hiding something under her blouse. When I asked her for a photograph, I gave her money, and she wanted to appear humble as though it seemed.