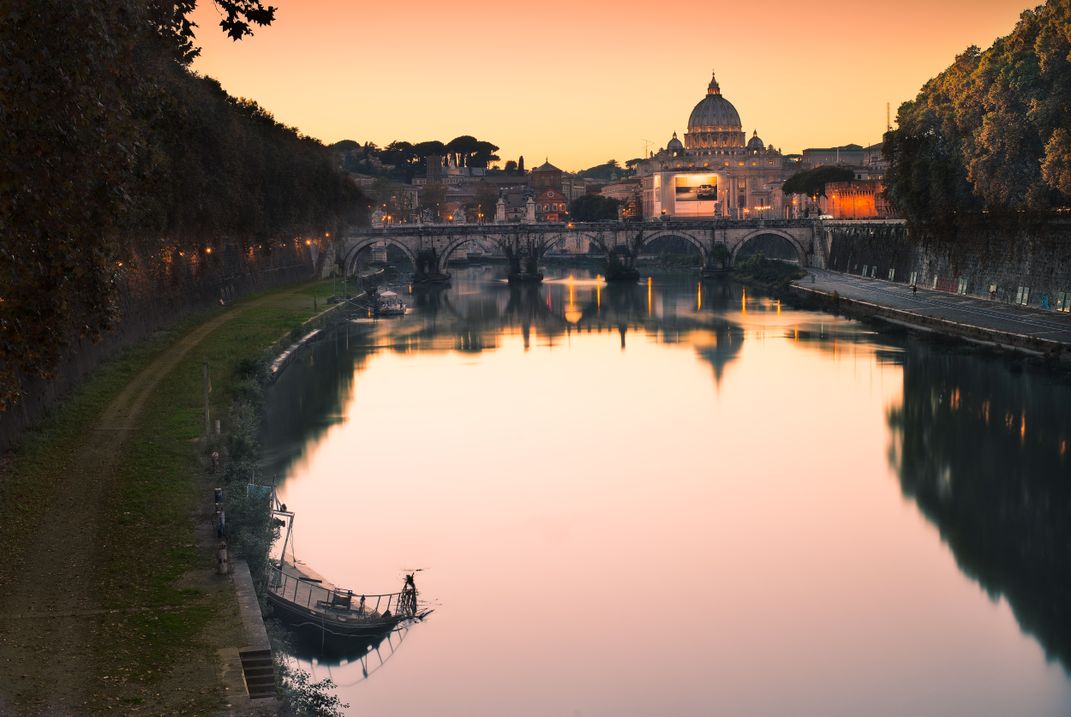 This is one of the most iconic views over the eternal city, which I wanted to capture under a different light. Saint Peter, which is easily recognisable in the background is the centre of christianity and a wonderful architectonic and historical monument. The river which flows under the bridge where I took this image from is Tevere, which is also rich of history. The bridge where I was on is Ponte Cavour, which connects the oldest part of the city to the Palazzaccio, which is the most important tribunal in Rome and maybe Italy. The atmosphere was amazing. The light was colourful and soft and the air full of the twitting of the flocks going back "home".