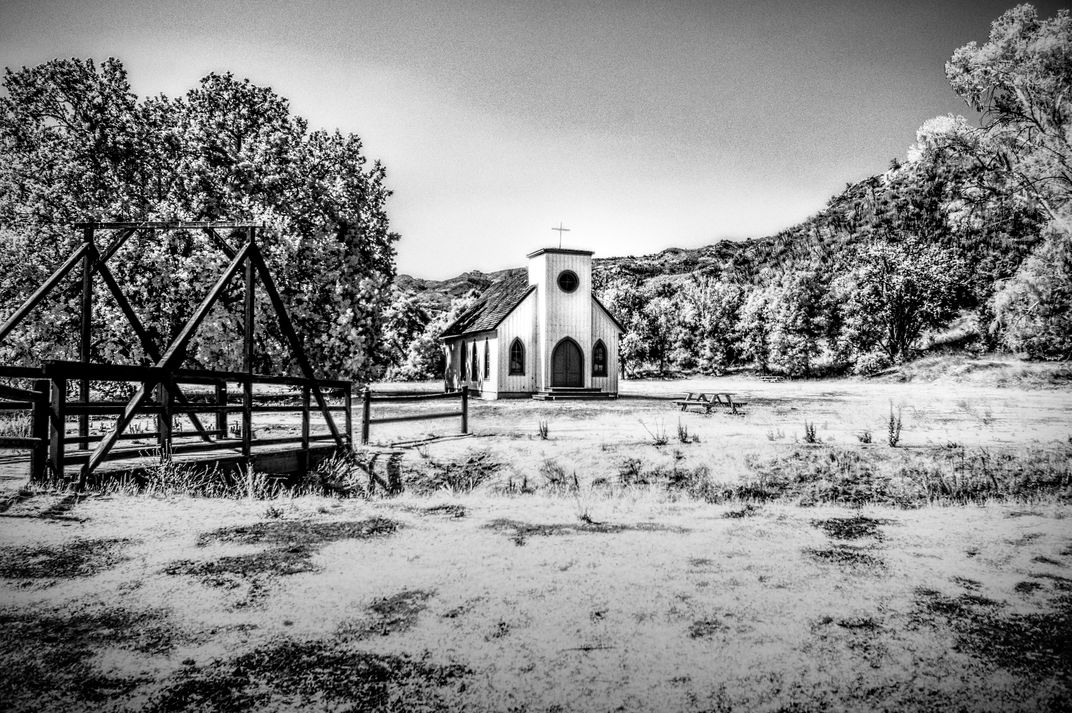 This photo shows one of the last surviving structures on the Paramount Ranch in Agoura Hills, California. Purchased by Paramount Pictures in 1927, the ranch has served as a shooting location for countless television and film productions, especially westerns. A portion of the ranch was later bought by the National Park Service and can now be enjoyed by the general public. In 2018, the Woolsey Fire tore through the property and leveled the Western Town set that had been in use for decades. The old west church in this photograph is among the last buildings left standing. Set amongst the dry, desolate landscape, this house-of-God stands like a mirage, visible through waves of heat, as one thirsts for salvation from the unrelenting elements.