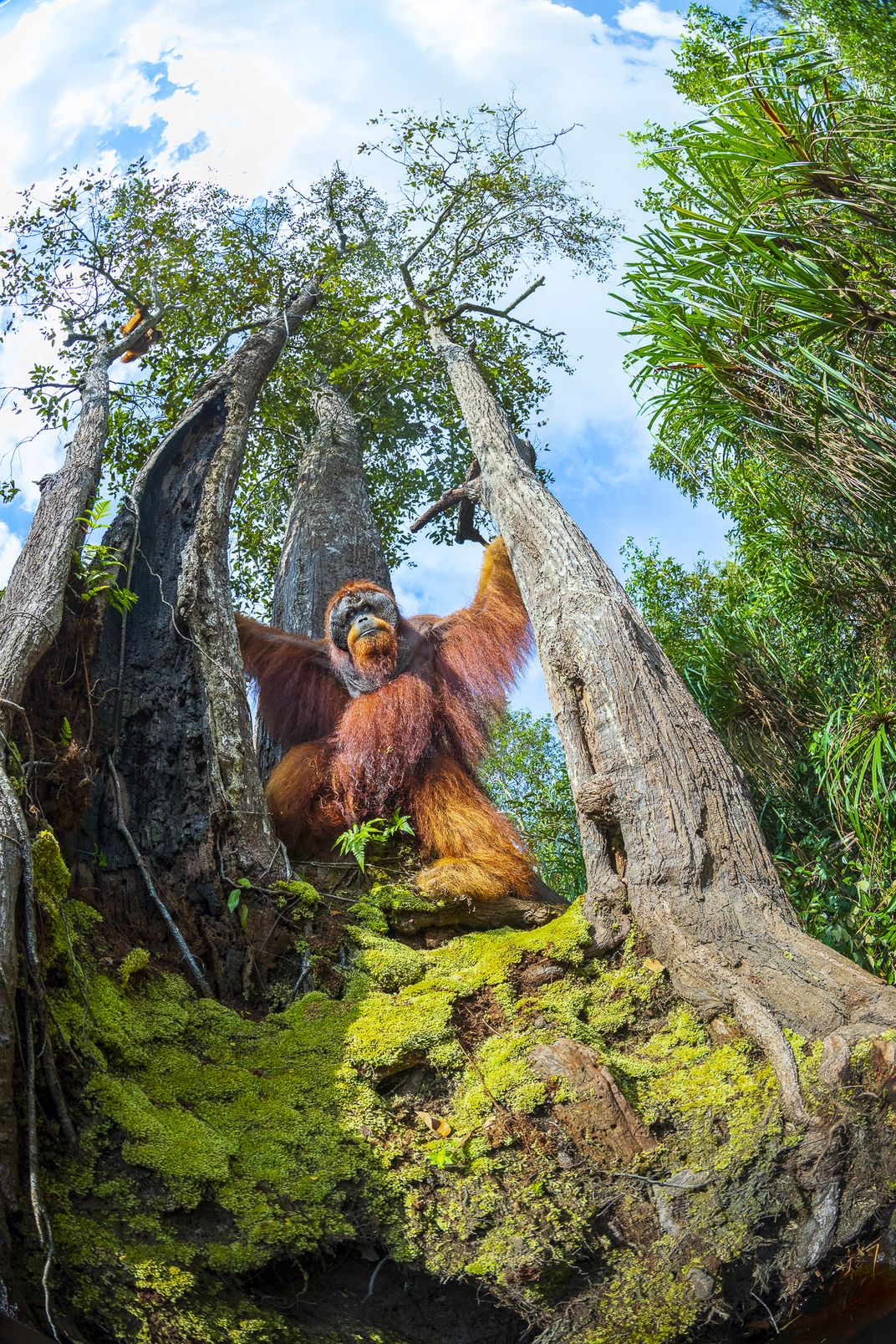 Our changing world is a major threat to many living beings around us one among them is this greatest living ape on Earth, The Orangutans. Humans are on a run to satisfy their immediate requirements and are forgetting the impact of it on the coming future. Orangutans are closest to humans. If deforestation continues then the coming generation may miss seeing this majestic creation of God. These helpless creatures are now dependent on feeding stations for food as most of the vegetation or rather 1000+ year old trees which in itself is a major asset to our planet have been cut down for palm oil plantation following a rise in global demand for palm oil for the oil and fats industry which in turn is harmful for the human body. We humans could have easily found an alternative option to grow plam trees and could have given a 2nd thought before running the axe over this matured trees and while snatching the habitat of this gigantic ape. Orangutans are accustomed to live of trees and feed on wild fruits like lychees, mangosteens, and figs, and slurp water from holes in trees. But with the current rate of change that they are going through I sadly doubt how many more years they can survive. In fact when we spent some time with them we literally feel that they really want to say something to us, there is an untold emotion in each one’s eyes.