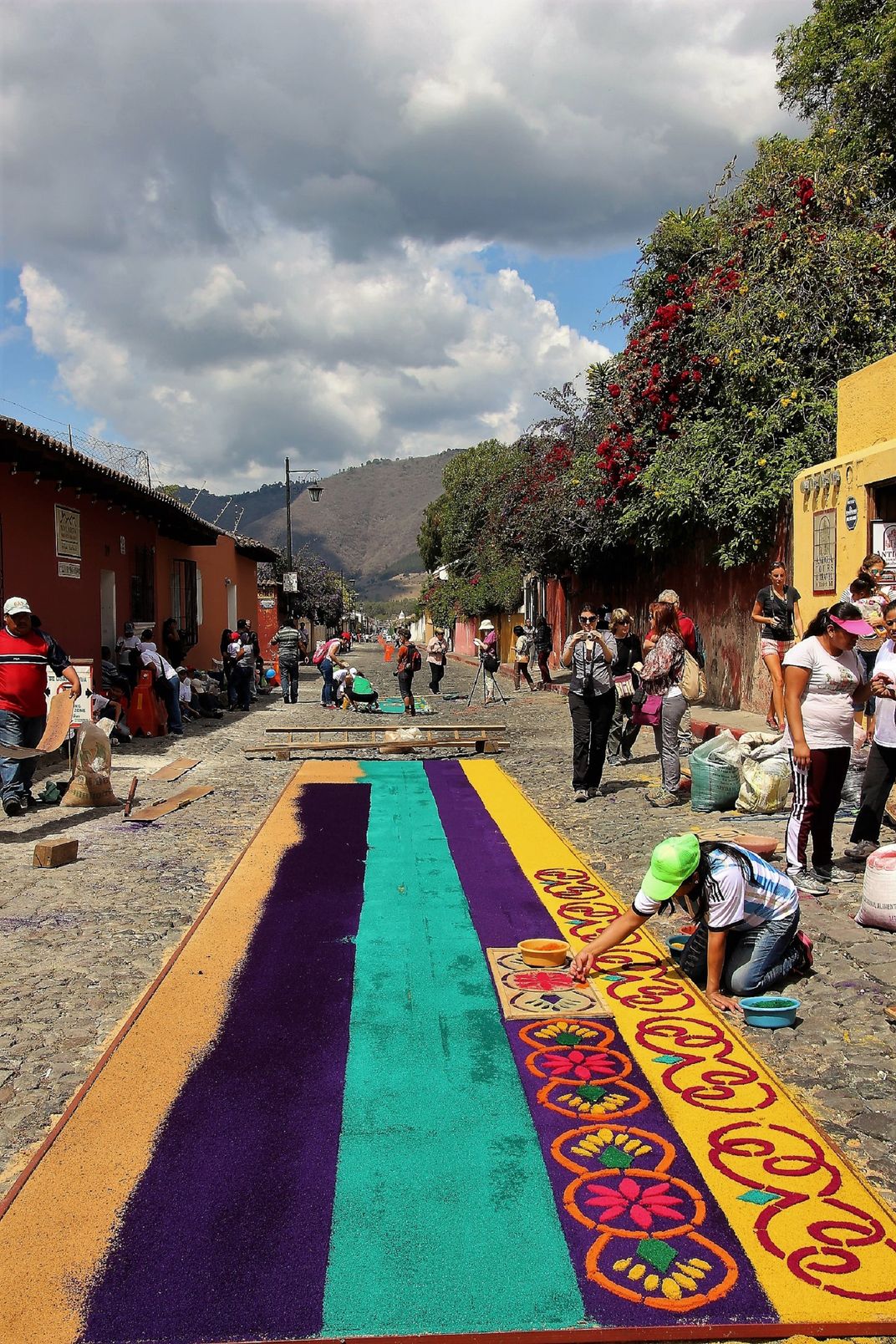 The Antigua Guatemala cobblestoned streets are being carpeted by colorful sawdust, pine needles, flowers, fruits, vegetables and other adornments, even bottle caps! Called alfombras, these elaborate multicolored layers of venerational art are prepared by the local people to greet the religious procession that is soon to take place. This tradition started in the Middle Ages in Tenerife. The custom was brought by the Spanish to Latin America during colonial times. It is practiced in Mexico and various other Central American countries and can also be witnessed in some parishes of the Southeastern U.S, such as Corpus Christi, Texas. In Antigua, it dates back to at least the 19th century per written records. The floral, geometric and allegorical designs and biblical and religious themed creations are painstakingly assembled, often using stencils accessed by planks situated overhead. Light sprays of water are applied to keep the sawdust stable and colors vibrant.