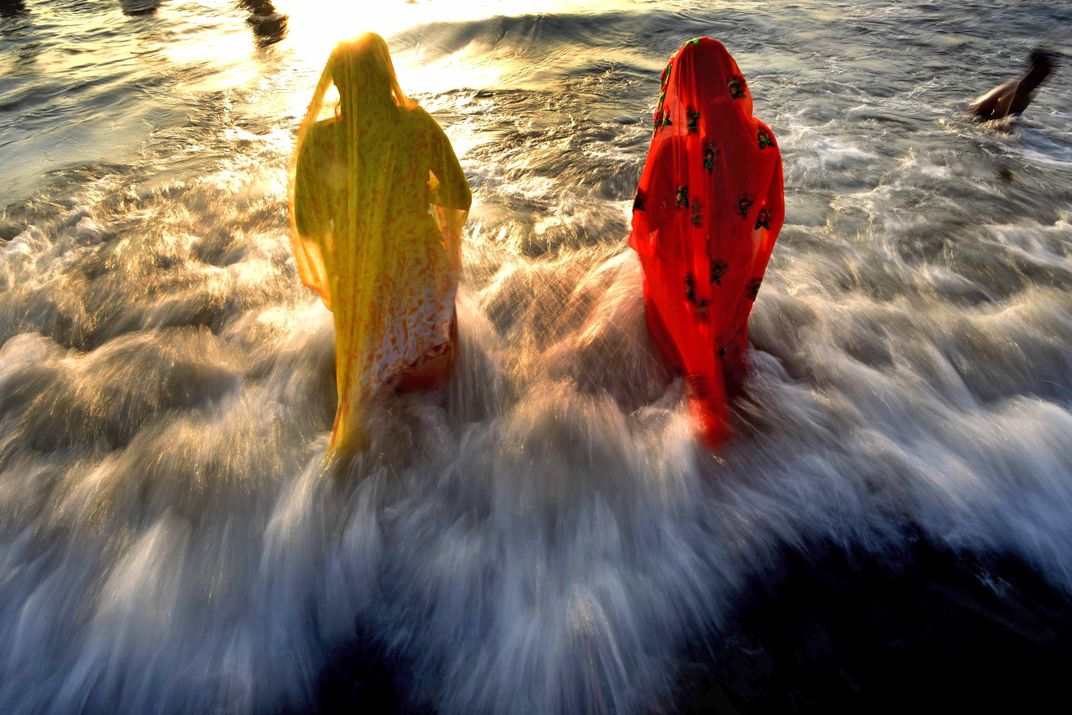 Hindu women offer prayers as the sun sets over the Arabian Sea during Chhath Puja festival in Mumbai. Chhath is an ancient Hindu Vedic festival historically native to the Madhesh province and Mithila region of Nepal and Bihar, Jharkhand, Uttar Pradesh states of India.The Chhath Puja is dedicated to the Sun and his wife Usha in order to thank them for bestowing the bounties of life on earth and to request the granting of certain wishes. Chhath does not involve any idol worship.This festival is observed by Nepalese and Indian people, along with their diaspora.While it is a Hindu festival, some Muslims also celebrate Chhath.The rituals of the festival are rigorous and are observed over a period of four days.They include holy bathing, fasting and abstaining from drinking water (Vratta), standing in water for long periods of time, and offering prasad (prayer offerings) and arghya to the setting and rising sun. Some devotees also perform a prostration march as they head for the river banks.