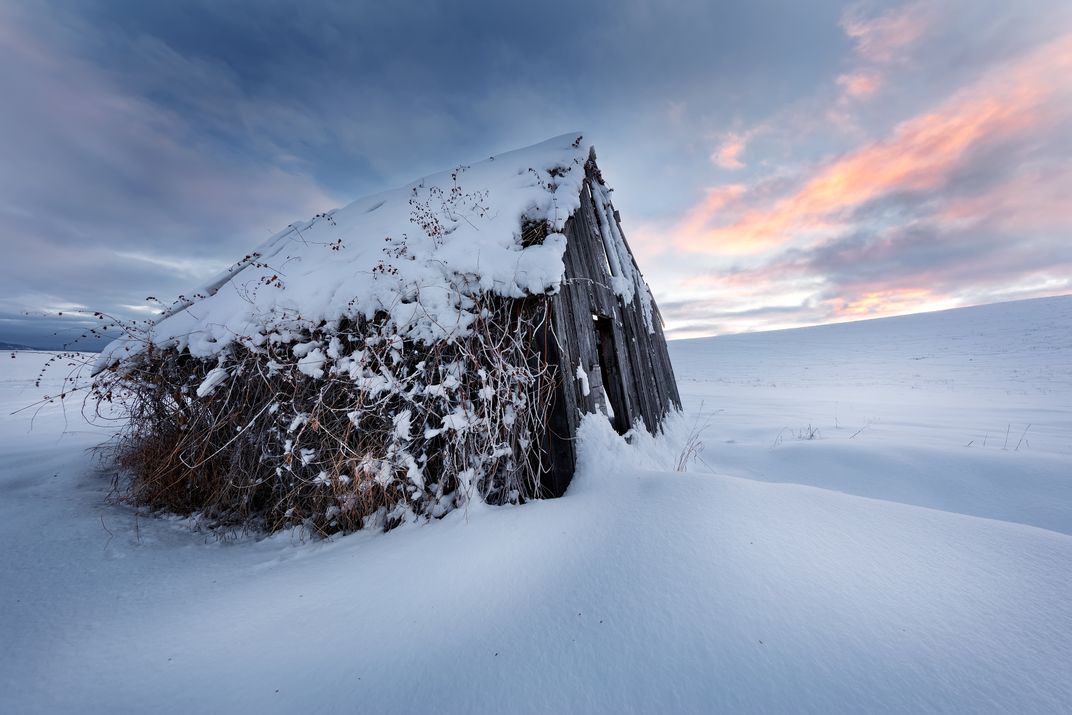 I've stopped by this little shack above Swan Valley for years, as the vines growing up the side were just so unique. I guess you could say that I've developed a fondness for this little run down graffitied shack. As I drove by on my way home from Jackson, Wyoming, the thought occurred to me that the shack was leaning further than normal and it would probably collapse under this winter's snow. The thought nagged me until I turned around and drove several miles back to capture it... for perhaps, one last time. Swan Valley, Idaho.