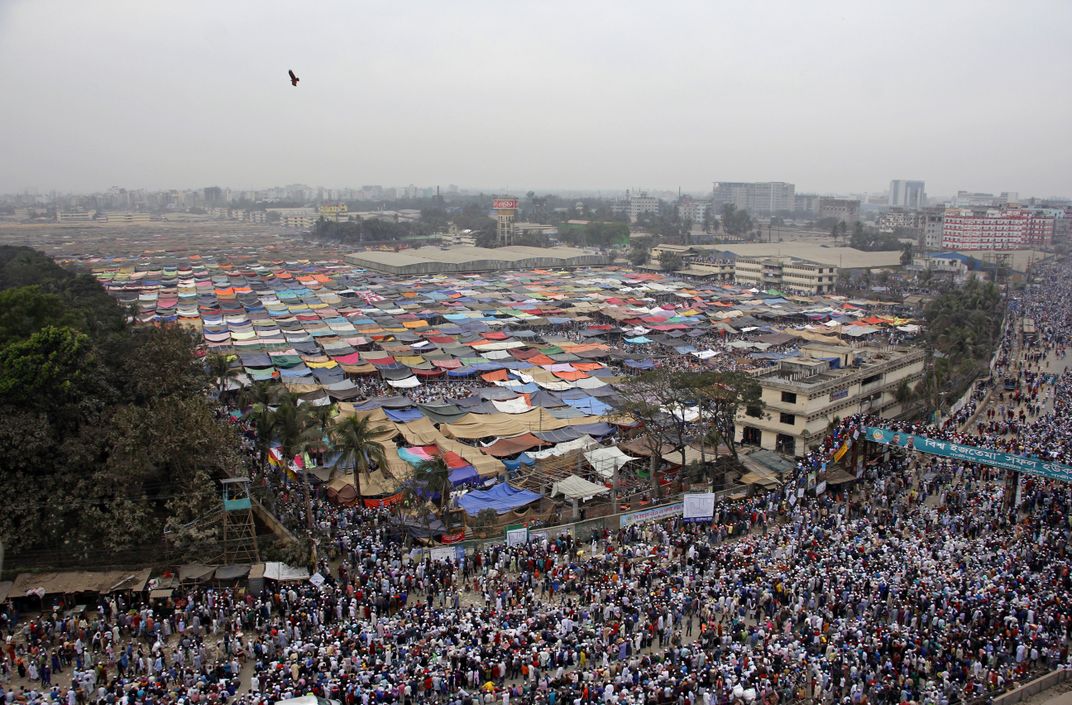 Ijtema is an islamic congregation organised by islamic organisation in association with the millions of muslims. it is an essential part of the tablig jamat around the world and a huge number of of people engage in ijtema. The Biswa Ijtema is an annual gathering of muslims in tongi, by the banks of the river Turag.in the outskirts of dhaka,Bangladeshh. it's the 2nd largest congregation of the muslim community after the holy Hajj. it's one of the largest peaceful gathering in the world.The ijtema is a prayer meeting spread over 3 days in 2 phase. In all these photographs are the view of Biswa Ijtema. in a view we can see a large number of people are coming from different remote place by train. in other photograph some muslims are shareing their food together. in another, devotees are making oju and performing jumma prayer on Tongi station road