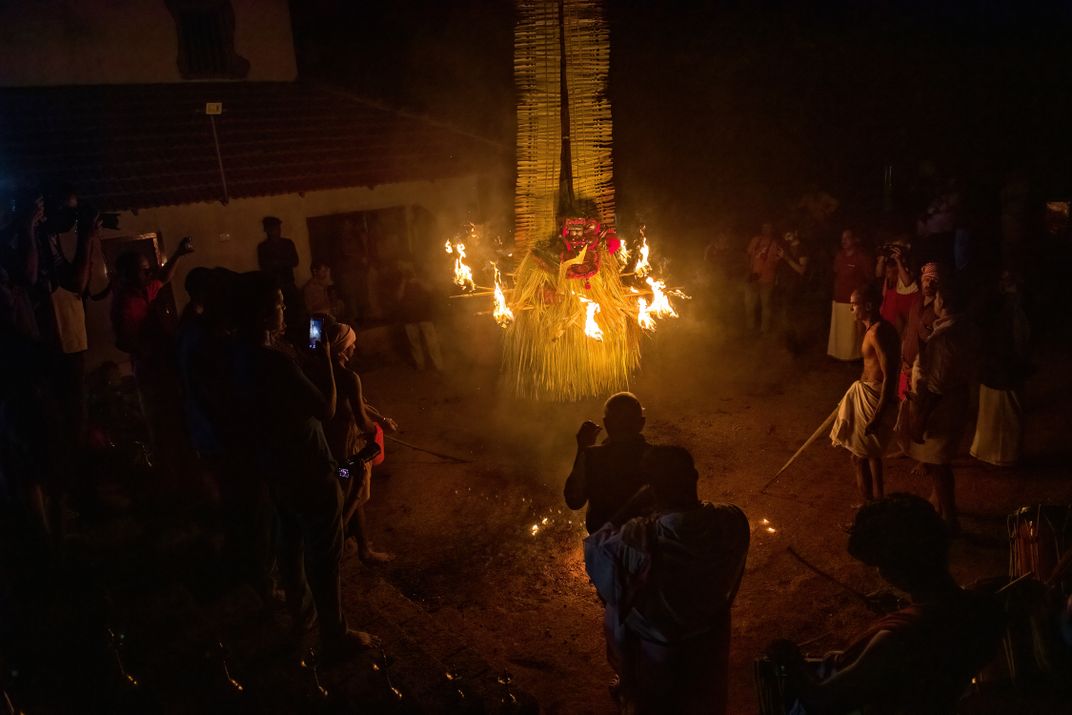 Thayyam Festival of Kerala is conducted during Day time or Night time according to their customs in different ways and different dresses. Theyyam usually last for 2 days and are performed at night. It is a unique dance form where a man in the guise of Theyyam represents a divine and heroic character. Every year during the dry season, between November and May, there are many festivals that are celebrated in Kerala, India. The festivity and celebrations commence from the end of the winter harvest season until the beginning of monsoon. Among many such festivals, one of the most fascinating is Theyyam. It is a popular dance ritual form of worship at Northern Malabar region of Kerala. This is a major event that offers a feast for culture lovers.