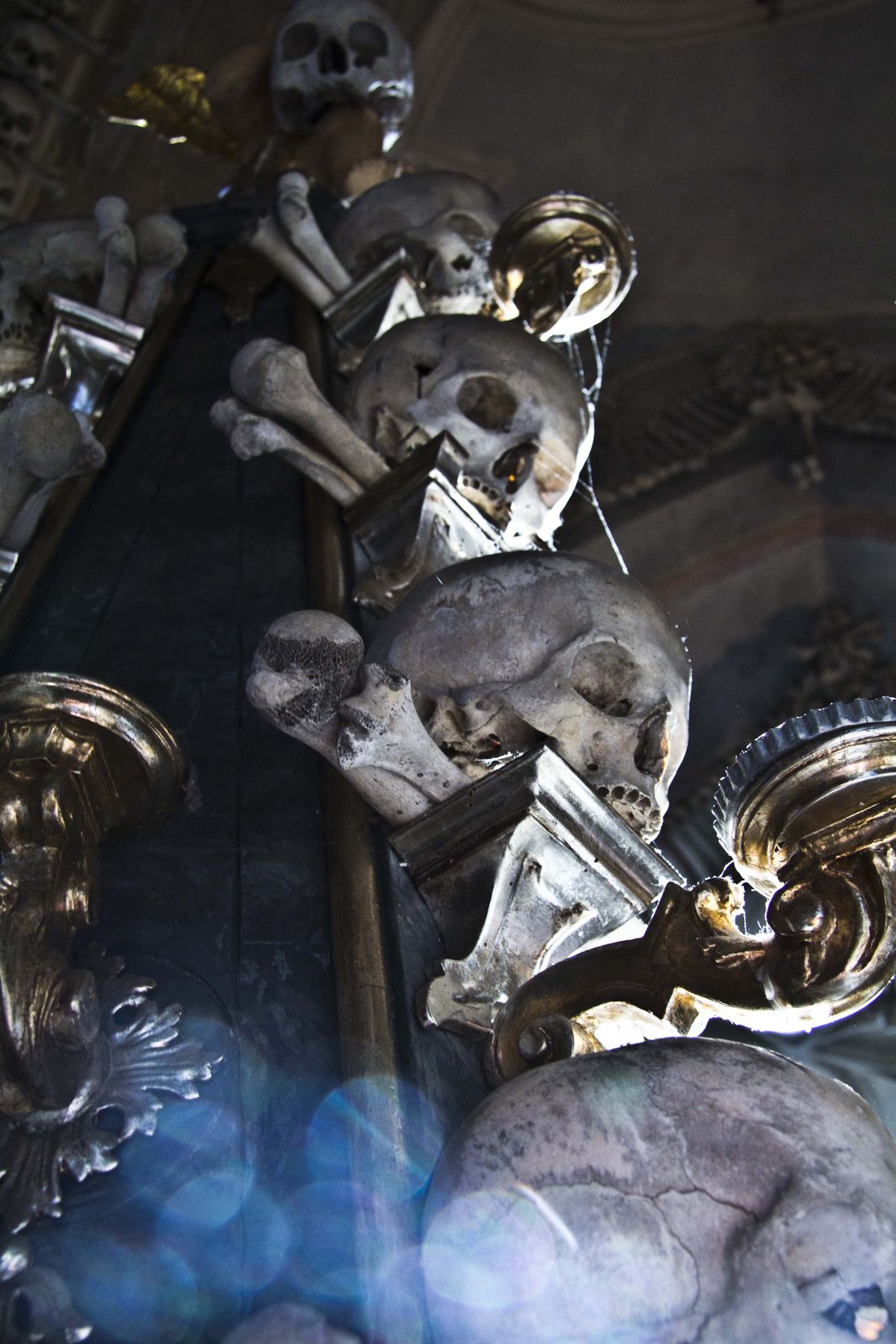 13th century, Jindřich, the abbot of Sedlec monastery, returns from a visit to Palestine and brigs with him soil of the holy land and when he arrived at the chapel he sprinkled the soil on the cemetery surrounding the Chapel of All Saints "Sedlec Monastery". This graveyard became a popular place to burry family members and friends in Central Europe, because of the "connection" it had with the holy land. In the 17th century, the number of burials outgrew the space available, so they started to store the bones in the chapel, and it’s estimated that the chapel now contains the bones of 40,000 people. The church is now Known as the "Bone Church" and its situated in Kutná Hora, near the city of Prage in the the Czech Republic