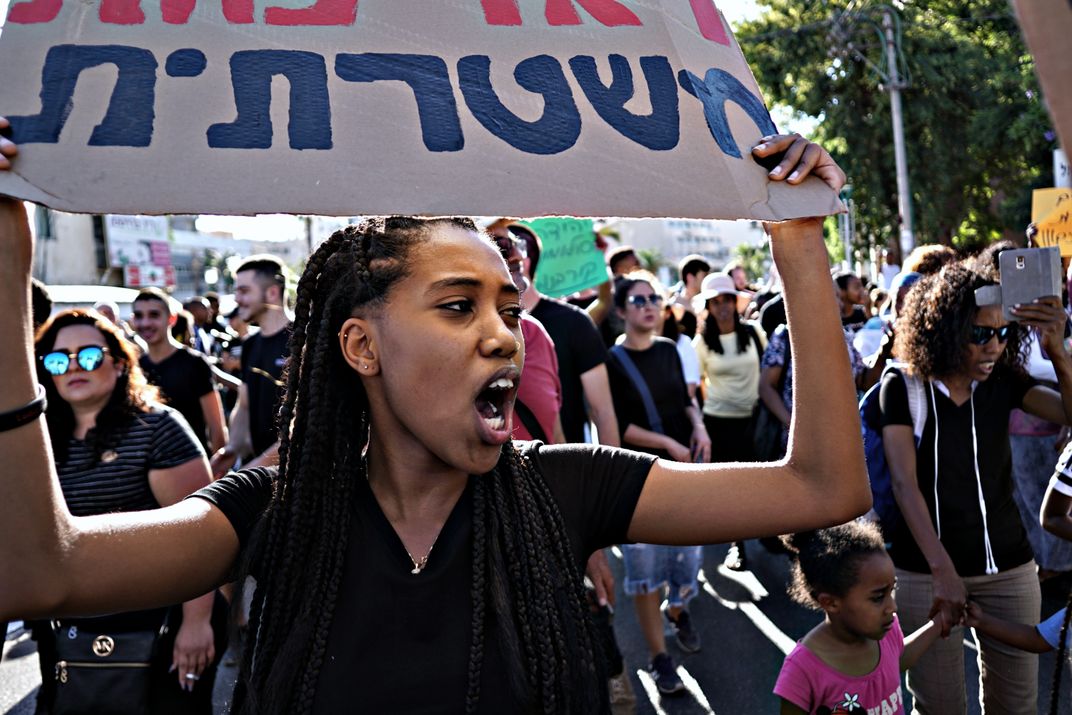 The protest of the Ethiopian community Ethiopian protest: Dozens of people injured in violent clashes across the country. Netivei Ayalon has been blocked since the afternoon following the protest of Ethiopian immigrants over the killing of 18-year-old Salomon Takka. • Serious confrontations were recorded in Tel Aviv: Demonstrators clashed with drivers caught in the scene; traffic was felt throughout the country; 83 people were injured, most of them lightly; MDA teams provided medical treatment to 47 policemen, 26 demonstrators, 9 passersby and one firefighter. Thousands of people across the country protested Tuesday night following the killing of a 15-year-old boy from Kiryat Haim by a police officer. The protesters blocked major traffic arteries in various locations around the country, and in some places there were severe confrontations with police officers. According to the police, in some of the centers in the south and in the Krayot, Molotov cocktails were used extensively.