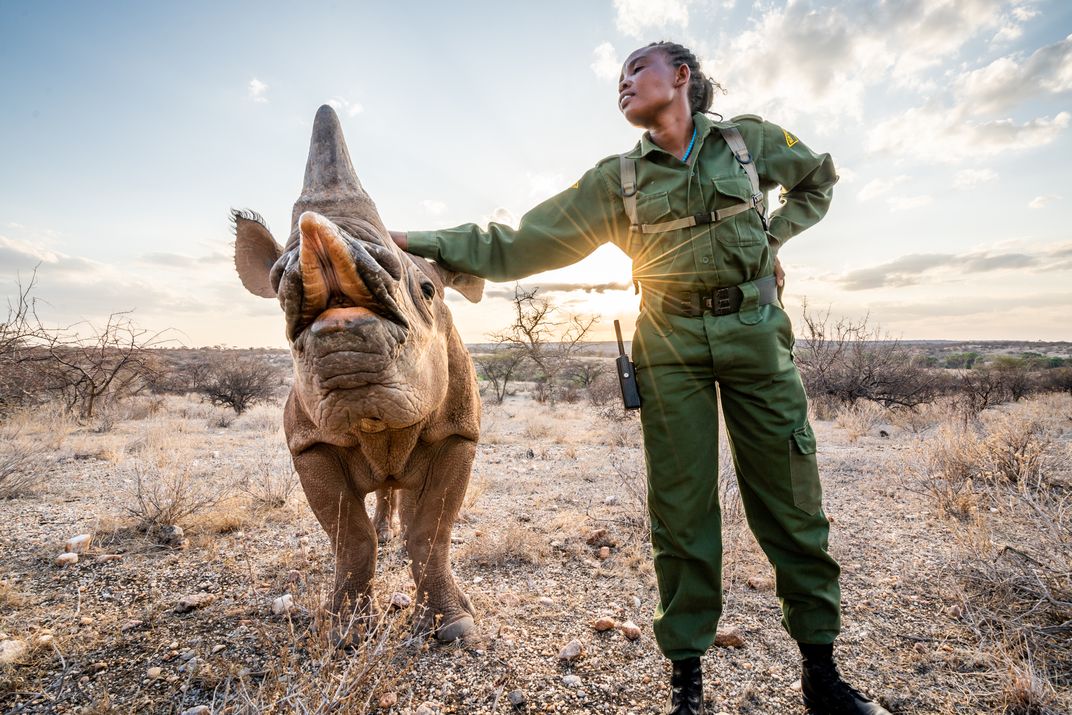 Black rhinos are critically endangered. This is Loijipu, a two-year-old black rhino orphan, and Salome, a ranger that looks after and cares for the baby rhino. Loijipu's mother abandoned him at birth so rangers at the Sera Rhino Sanctuary in Kenya have taken him in and are raising him until he is old enough to fend for himself. Salome is one of a handful of rangers that watches over Loijipu 24/7 to ensure the orphaned rhino is safe from poachers who may take interest in his horn. The bond that has formed between rhino and ranger is incredibly powerful to see. This image conveys hope that when enough dedicated, passionate individuals care about our world and the wildlife that we share it with, true positive change can take place.