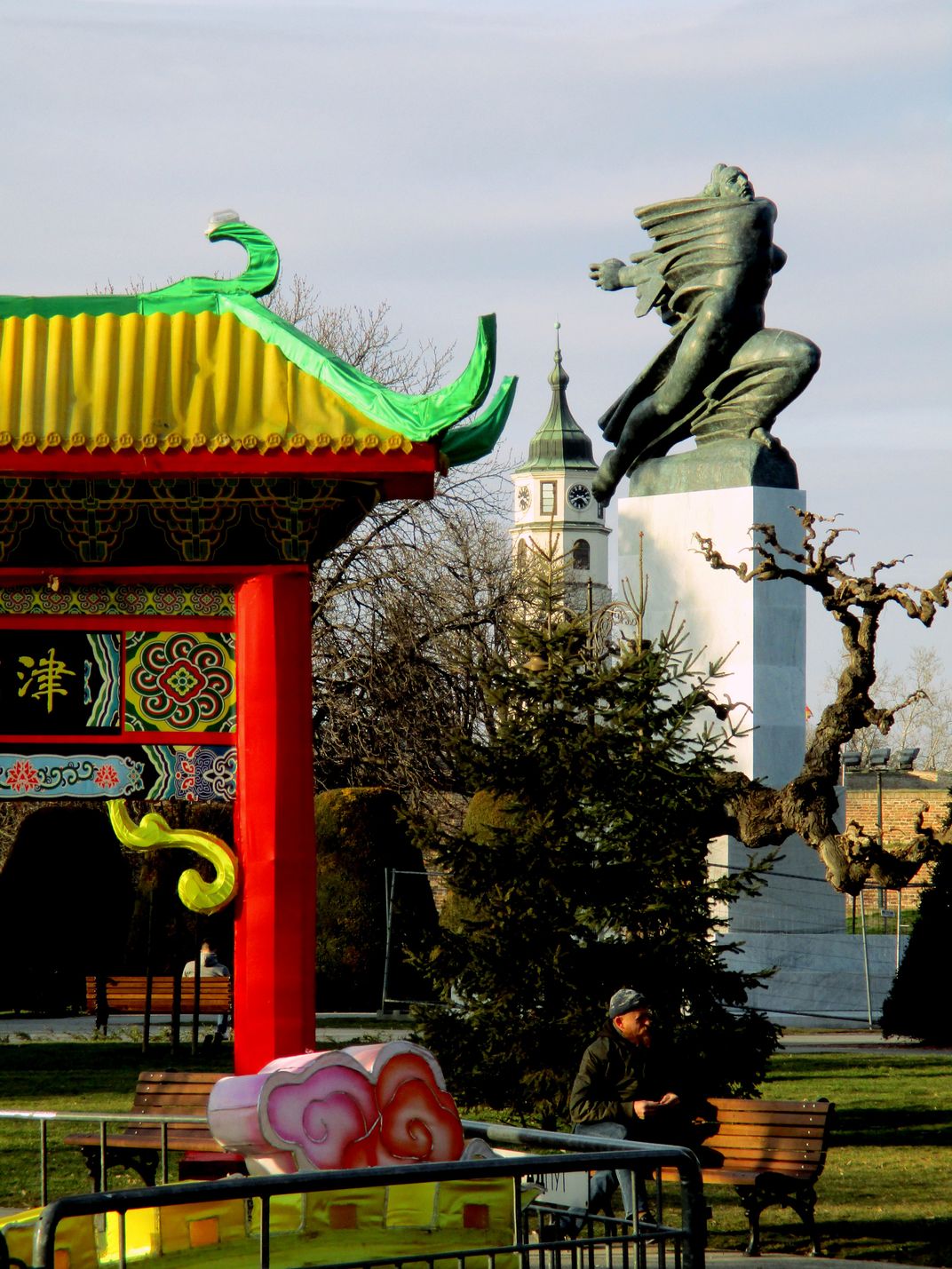 The Kalemegdan Park in Belgrade, with the Chinese Lunar New Year decoration in the foreground, the Monument of Gratitude to France erected after WWI and covered with a huge black canvass after France took part in the Clinton US administration led NATO bombing of Belgrade in 1999 and in the distance a watchtower on the Ottoman Turkish watchtower built within the Byzantine constructed and Serbian Mediaeval state rebuilt Kalemegdan Fortress of Belgrade.