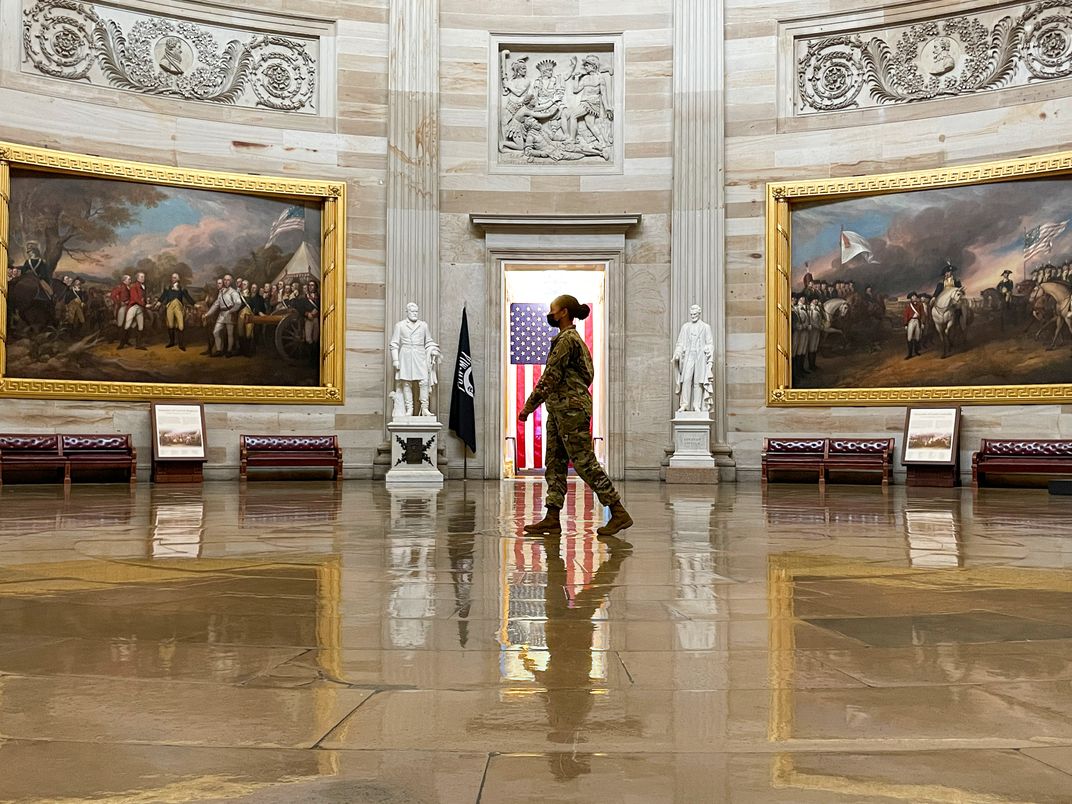 Prior to the 2021 Joint Session of Congress, Frank Thorp a U.S. Capitol photographer captured a photo of Vice President Kamala Harris as she traveled to the House Chamber. His photo captures Vice President Harris unapologetically leading the way with both the Senate and House majority and minority leaders following. Unapologetically leading the way while representing the underrepresented and giving a voice to the voiceless just like Vice President Harris, is how my dear friend 1LT Kristy Singletary leads in her D.C. National Guard role. One day while traveling through the U.S. Capitol Rotunda, I asked 1LT Singletary if she would like to do what we named “the Kamala walk.” As Guardsmen serving in the U.S. Capitol we’ve lived, breathed, and walked among the reflections, whispers, time, and shadows and have now become a part of them.