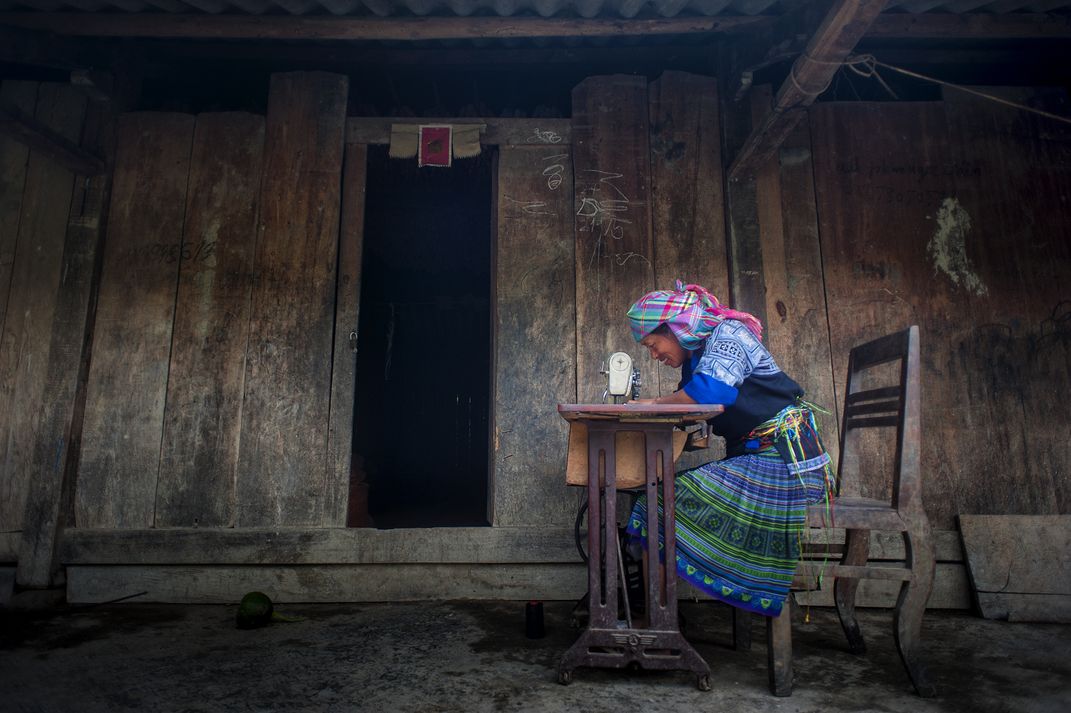 Each country has its distinct cultural identity, culture is something that can exist, can also be lost by other reasons. (Such as the market economy, communications networks, is a fusion of culture ...). In my country, there are 54 ethnic groups, of which each nation has its separate identity. This is an image of ethnic Hmong woman is self clothes for their families. The image was taken in Mu Cang Chai district - Yen Bai - Vietnam. I think, any culture should always be preserved.