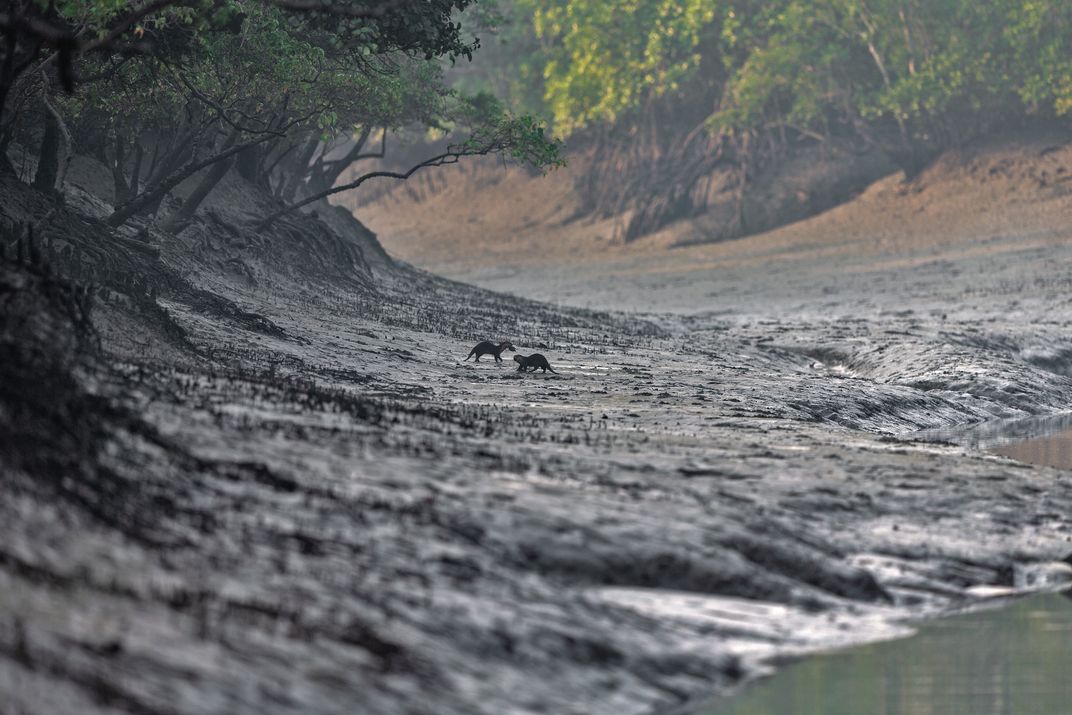 In an early misty winter morning, a pair of small-clawed otters is playing excitedly with their mud crab kill in the maze of the mysterious mangroves of the Sunderbans. One of the largest remaining areas of mangroves in the world, the Sunderbans supports an exceptional level of biodiversity in both the terrestrial and marine environments. Sunderbans is home to many rare and globally threatened wildlife species including the estuarine crocodile, royal Bengal tiger, water monitor lizard, Gangetic dolphin, and olive ridley turtle among others. Sunderbans is crisscrossed by hundreds of creeks and tributaries, intersected by a network of tidal waterways, small islands of salt-tolerant mangrove forests and mudflats. Lying in the low coastal zone makes the Sunderbans more vulnerable to floods, earthquakes, cyclones, sea-level rise and coastline erosion. Location: Sunderbans Bisosphere, West Bengal state, India