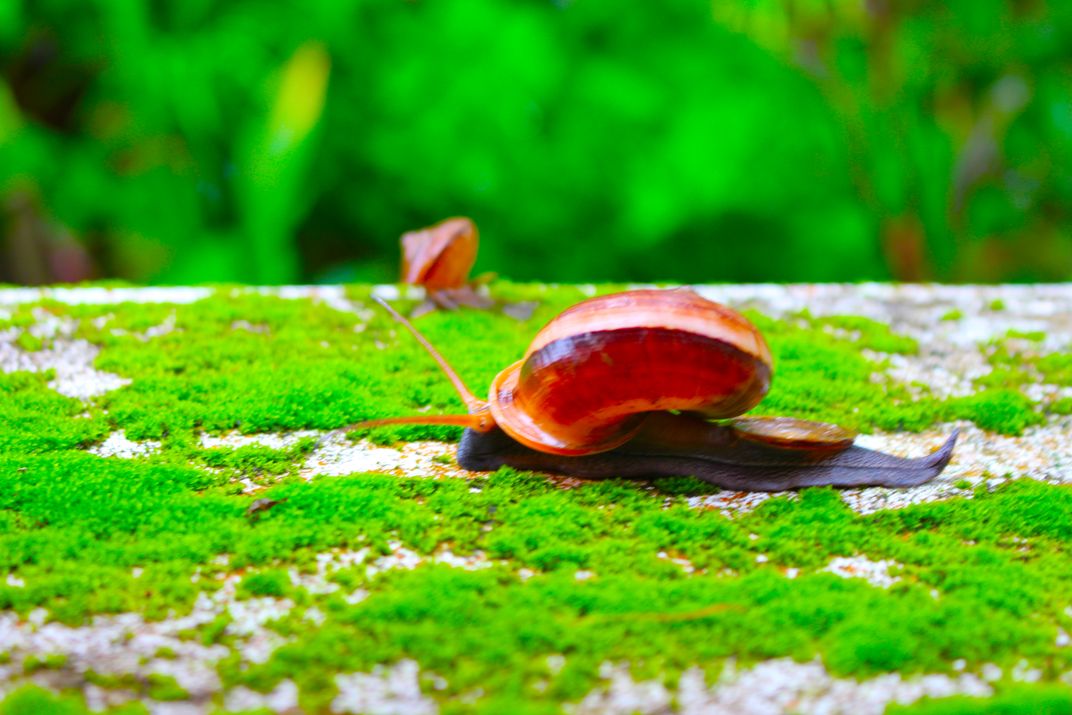 Snail is the common name for almost all members of the class Gastropoda in the phylum Mollusca . They are soft-bodied and adults are covered in a scaly shell. Generally snail refers to terrestrial, marine and freshwater snails. Snails are found in many climates, including deserts, rivers and streams, closed bodies of water, reservoirs, seashores. Although land snails are familiar to most people, they are actually a minority in the snail world. Marine snails are far ahead in diversity and numbers. Snails are abundant in freshwater and even marine saltwater. Most snails are