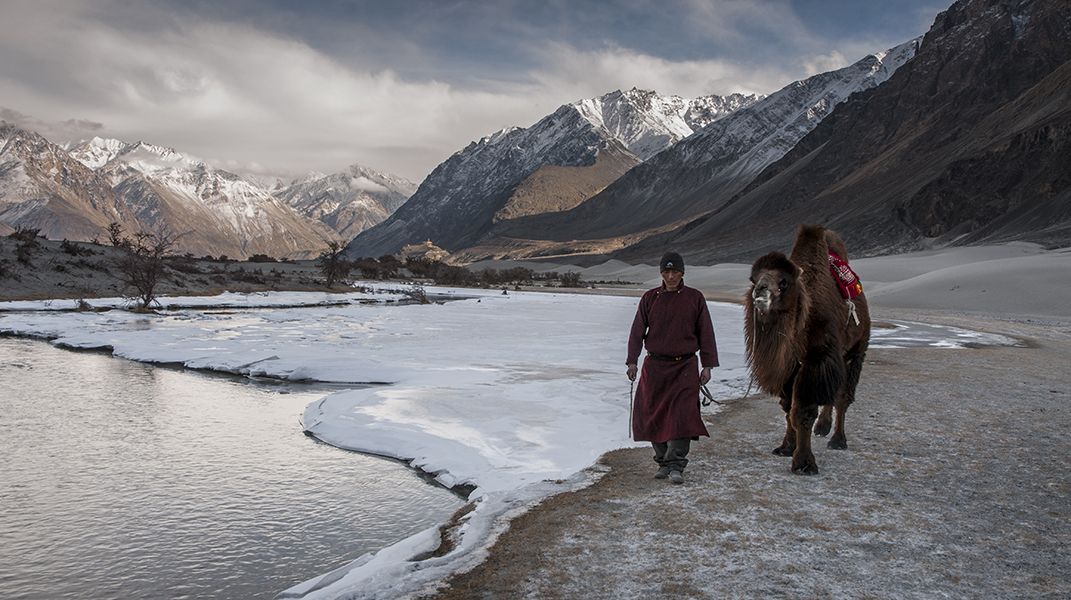 Nubra Valley is a high altitude desert nestled between the Himalayan and Karakoram ranges. Nubra owed its former prosperity to its position on the main Caravan Route from Leh to Xingxiang in Central Asia. Traders and beast – pack horses, two humped Bactrian camel, ponies and donkeys laden with goods traversed across Nubra and the Karakram, but since the route was closed during the India-Pakistan partition, people struggled to survive here. Since Nubra was opened for tourists a few years back, the economy has pulled around. The camels are now exclusively used for the entertainment of the tourists. However, winter is a lazy season due to extreme cold and there are no tourists- in fact, there is no activity except weaving and looking after animals.