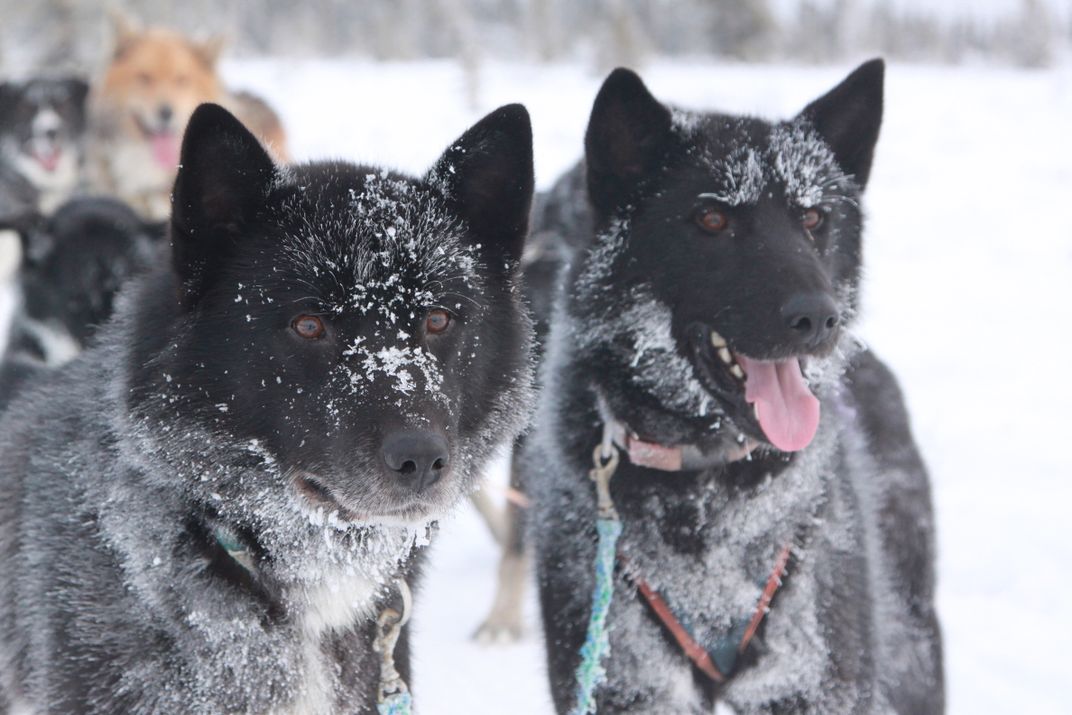 I was mushing in Denali National Park in January 2015. About a third of the way to the Sushana River from Healy, we stopped for a rest. I went to the front of the six-dog sled I was driving, and took this shot of the lead dogs. Ice was starting to crust on their faces after two hours' running. These two dogs were from the One Love Kennels off the Stampede Road. I think their names were Junko and Hefe. They were exceptional pack leaders and brilliant at finding the trails in bad conditions. This was the only good shot I got the entire day. I was hoping to take landscape shots, but blizzard-like conditions made them impossible. Thankfully this lifted the following day.