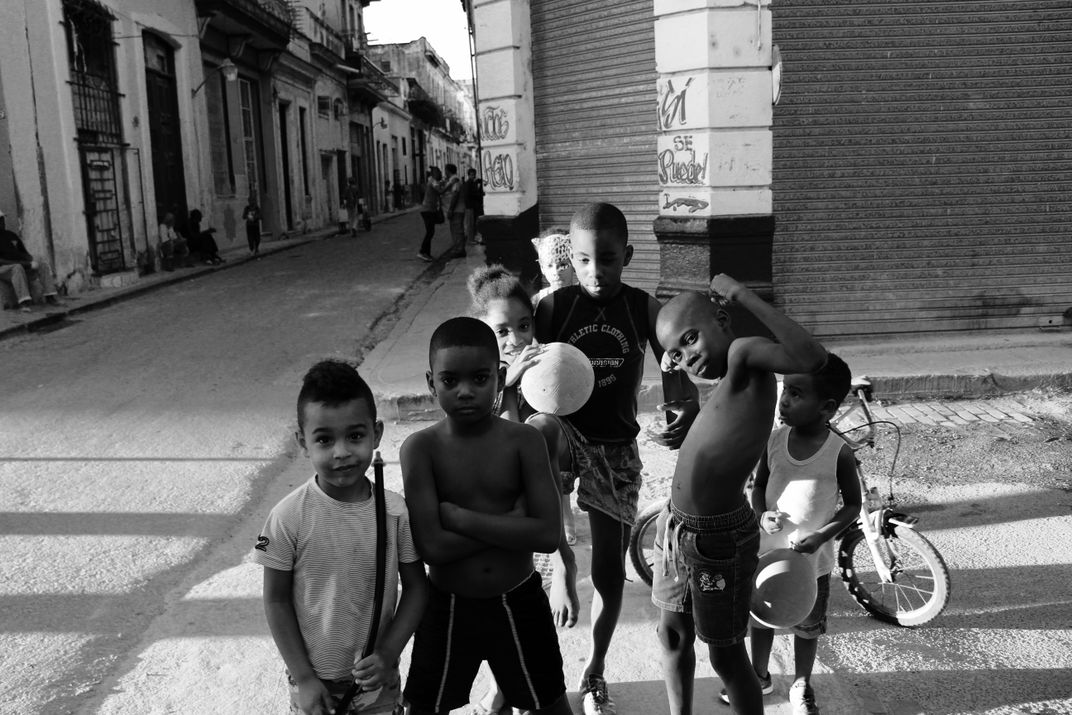 These children could be playing soccer anywhere else in the world. But I was walking in Old Havana in the late afternoon when I found Luiz, Juan, Isabelita, Eugenio, Milagros, Enrique and Miguel playing soccer. They told me Neymar is an idol in Cuba. When I told them that I saw Neymar playing in Vila Belmiro (Santos FC’s stadium), they went crazy. Luiz wanted to show me his skills. He told me he would be a soccer player, but there is this two little problems: there is no national championship in Cuba and, by the way, he only has one boot.