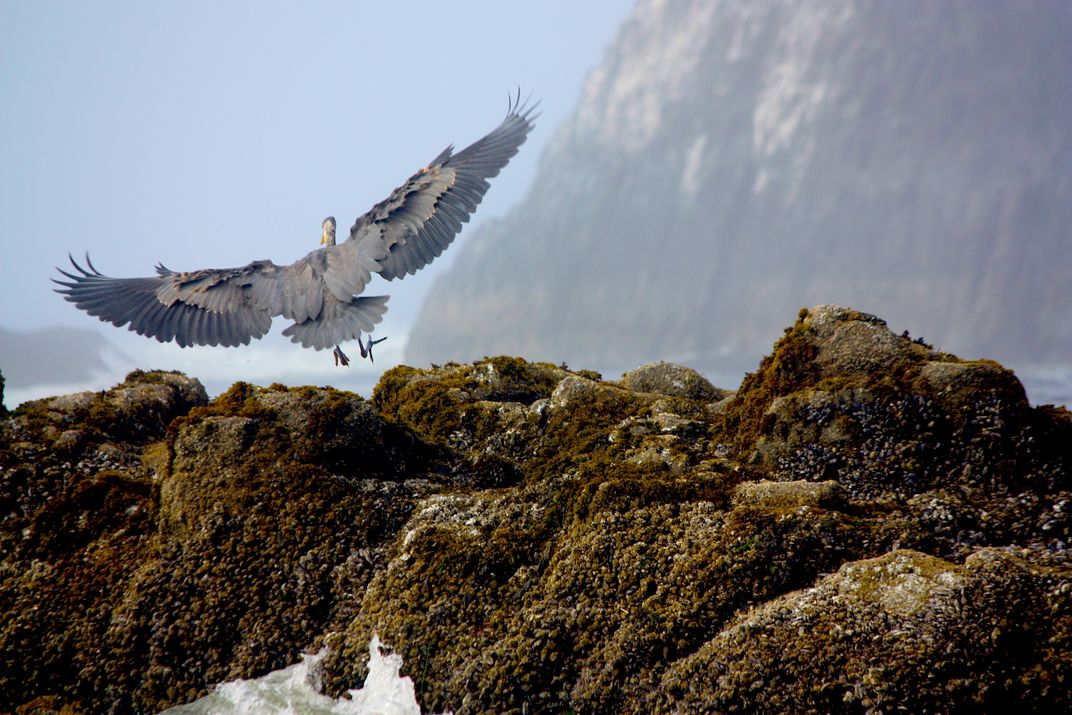 While driving south on coastal Highway 101we came upon the town of Seal Rock, Oregon, notable for its tide pools, rock formations, nice beach, and seals. Excited at the prospect of capturing an image of seals in their natural habitat, I decided to take my Canon EOS Digital Rebel camera with its Canon EF-s55-250mm telephoto lens hoping to shoot close-ups. The only problem, when I climbed down a long wooden staircase to the beach, I did not see any seals. I decided to explore the tide pools and walked toward the pools at low tide and found a Blue Heron fully occupied with feeding. I approached cautiously to not disturb the heron and began shooting. Suddenly, a large wave broke at the heron's feet and he took flight, heading away from shore toward a large seaweed covered rock that loomed well above the waves. As the heron spread his wings and slowed its descent, moments before touch down, I captured this image that I call: “Soft Landing”.