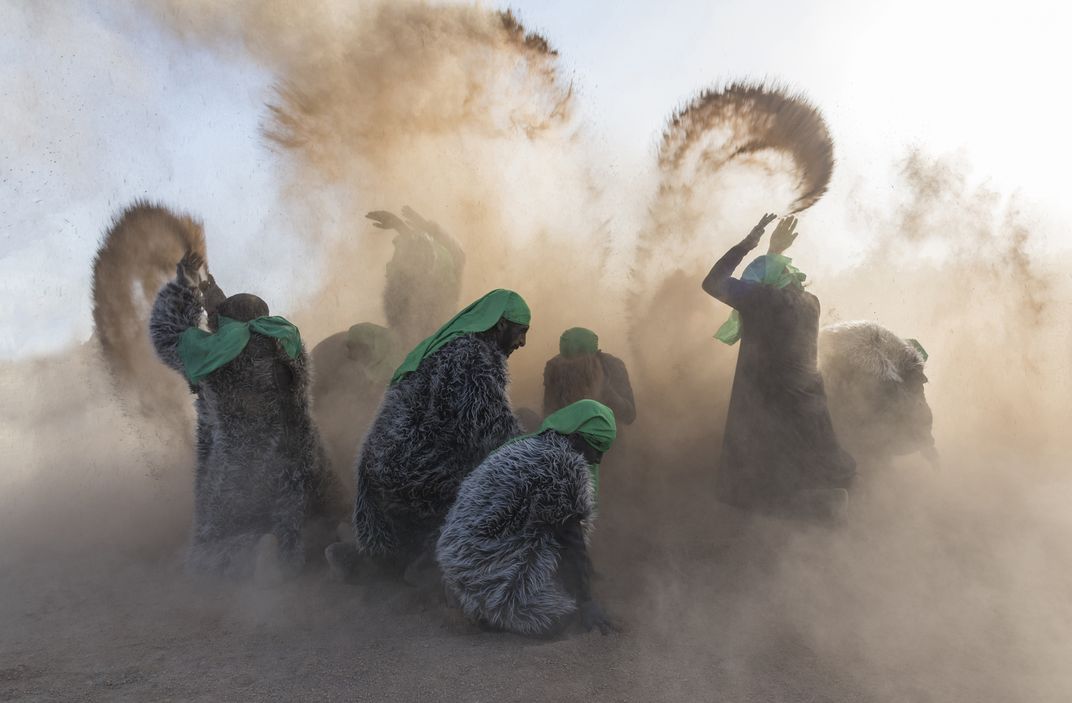 Ta’zieh as a kind of passion play is a kind of comprehensive indigenous form considered as being the national form of Iranian theatre which have pervasive influence in the Iranian works of drama and play. It originates from some famous mythologies and rites such as Mithraism, Sug-e-Siavush (Mourning for Siavush) and Yadegar-e-Zariran or Memorial of Zarir. The Ta'zieh tradition originated in Iran in the late 17th century and predates all Western theatre traditions. There are two branches of Islam; the Sunni and the Shi'i. The Sunnis make up about 85-90% of Muslims, but the Ta'zieh tradition is performed by Shi'i Muslims during the first month of the Muslim calendar, Muharram