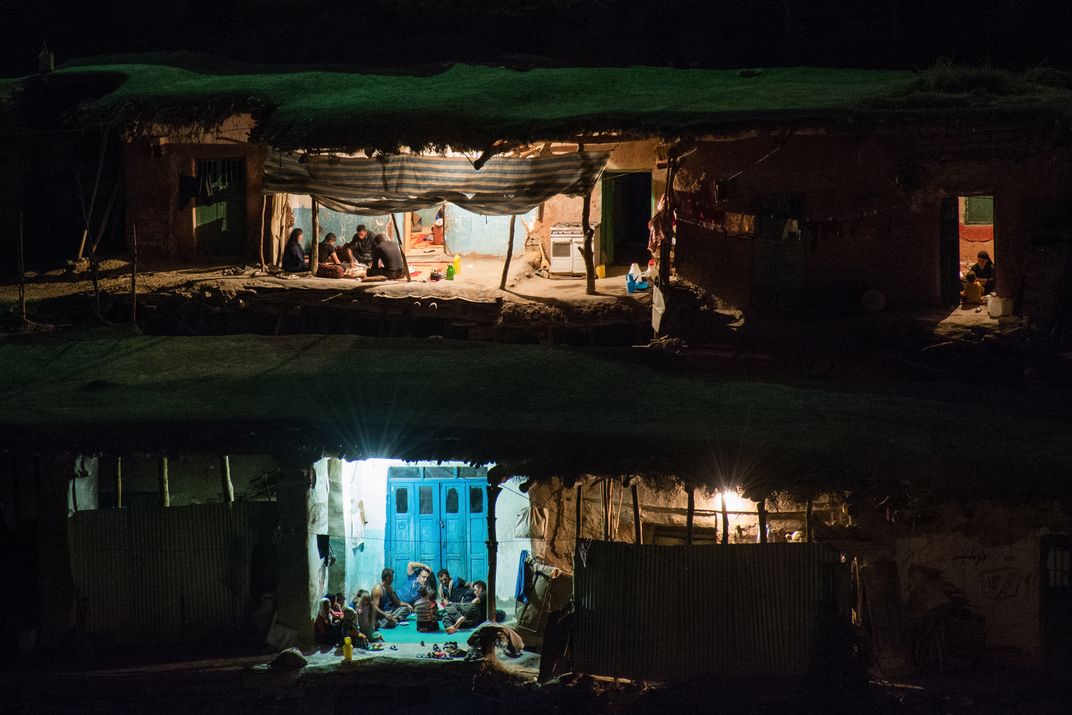 Sar Aqa Seyyed : is a village in , in the Central District of Kuhrang County, Chaharmahal and Bakhtiari Province, Iran. At the 2016 census, its population was 2,360, in 308 families Sar Agha Seyyed architecture is unique. The buildings have been built into the mountain and are interconnected. Courtyards and roofs both serve as pedestrian areas similar to streets. Sar Agha Seyyed does not allow any motor vehicles to enter, due to its unique layout. It is the only city in Iran with such a prohibition. However, the small streets and many stairs simply wouldn't make it possible for vehicles to enter. The spectacular architecture of Sar Agha Seyyed is popularly known as "The yard of the building above is the roof of the building below.