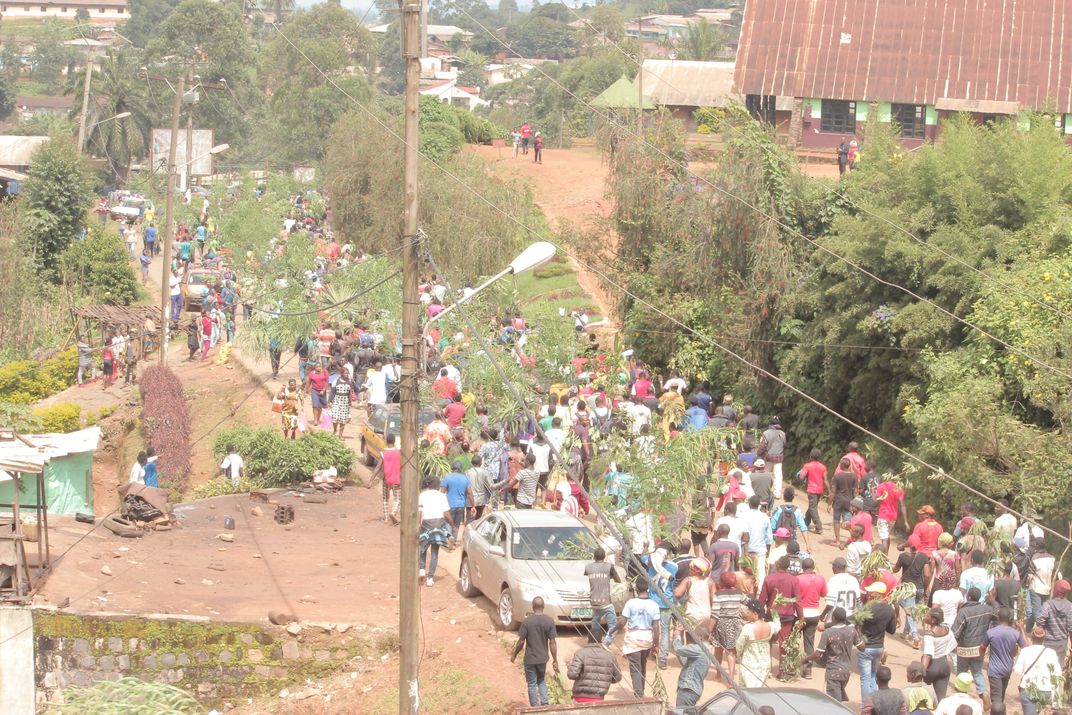 The picture was taken on September 22, 2017, when Cameroon witnessed what some say is the biggest protest march in its history. Southern Cameroonian civilians came out to protest previous crackdowns on peaceful demonstrations, and to refute allegations they were being manipulated by ‘secessionists’. The protesters also demanded freedom for civilians, journalists, photographers and overwhelming support for the rights of the people to choose the way they are governed. Unfortunately, some of them were killed, but that hasn’t stopped more demonstrations after that. The picture was taken from behind to prevent the government tracking demonstrators if it ever went public. The protesters carry branches to show they come in peace.