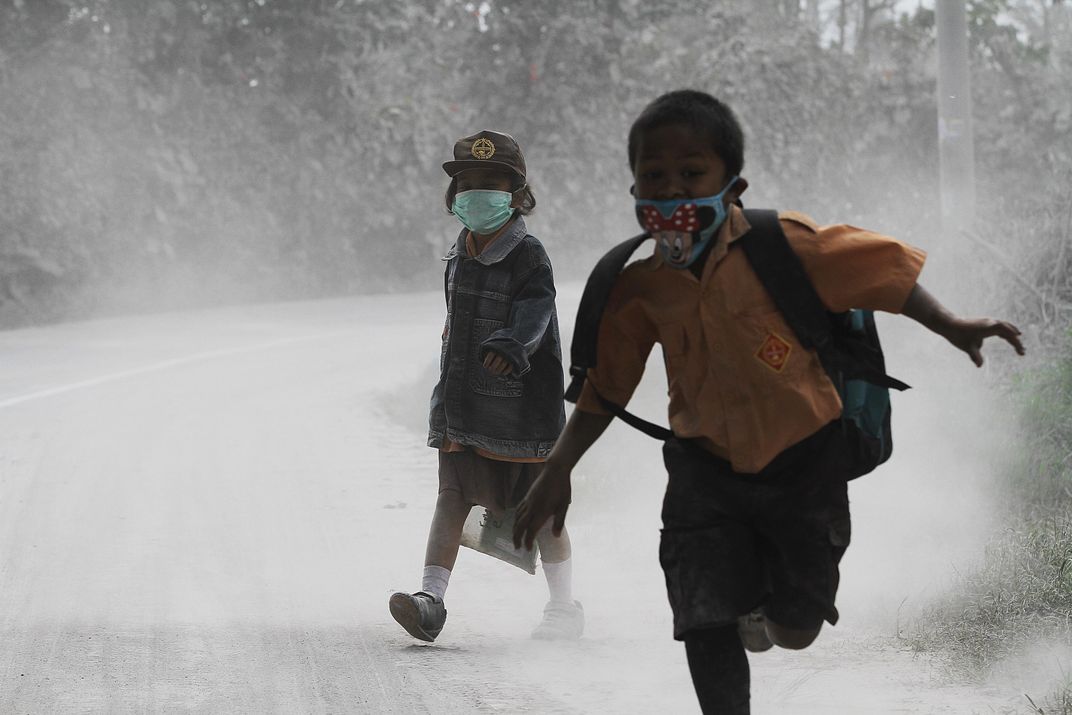 School children wearing mask base rate while running to protect themselves from the thick volcanic ash after they were discharged school in Karo, North Sumatra, Indonesia on October 10, 2014. According to authorities hundreds of people are still stationed in evacuation centers because authorities maintain off boundary danger zone around Mount Sinabung, located on the island of Sumatra in Indonesia following a deadly explosion at the beginning of February that killed about 15 people.