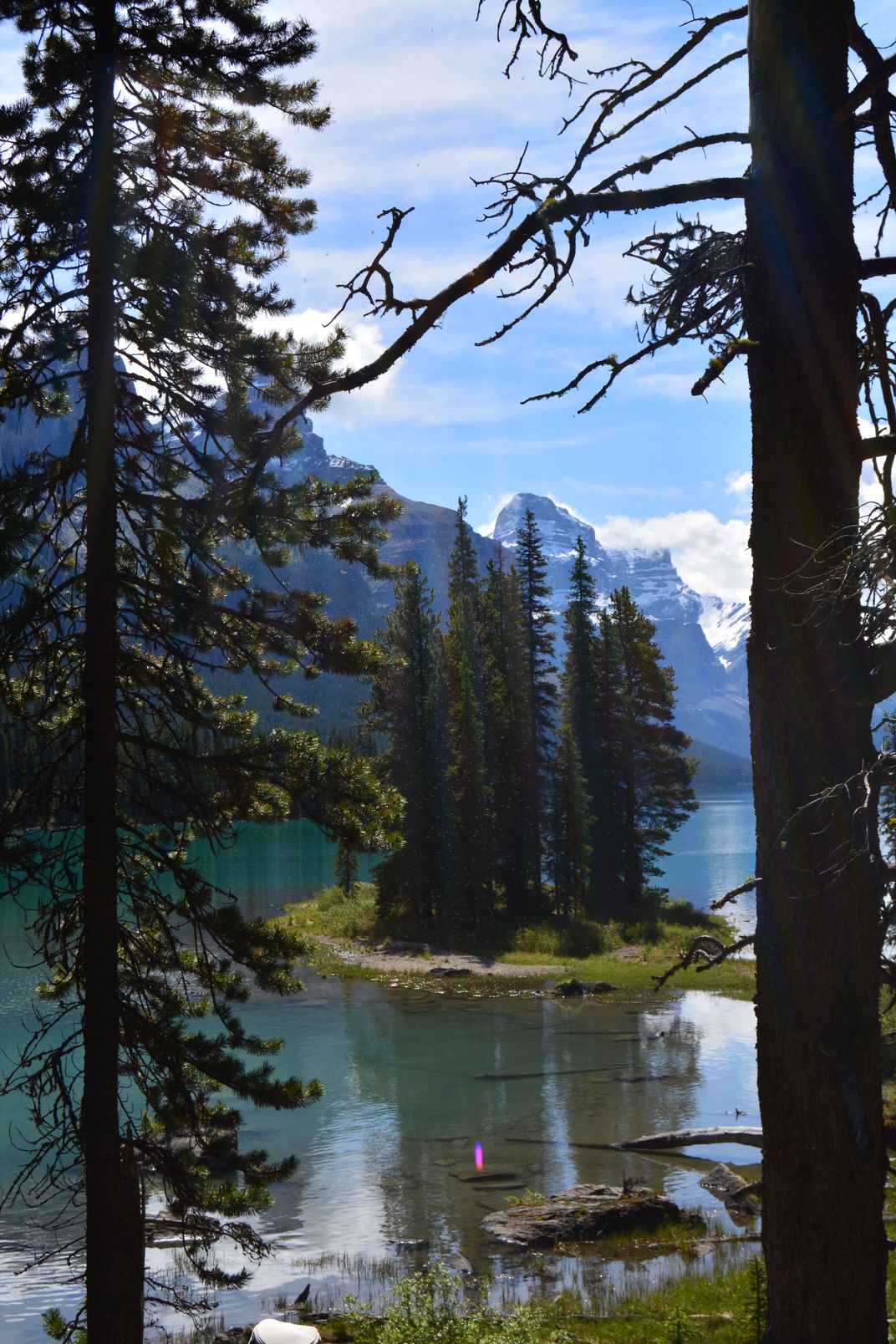 According to some accounts of First Nations mythology, Spirit Island gets its name from two young lovers from feuding tribes who used to meet secretly on the island. However, when the young woman eventually confessed her forbidden affair to her father, he banned her from ever returning to the island. Heartbroken, her lover continued to return to Spirit Island throughout his life, hoping to see his beautiful lover again. But she never came and he eventually died on the island, where his spirit still resides.