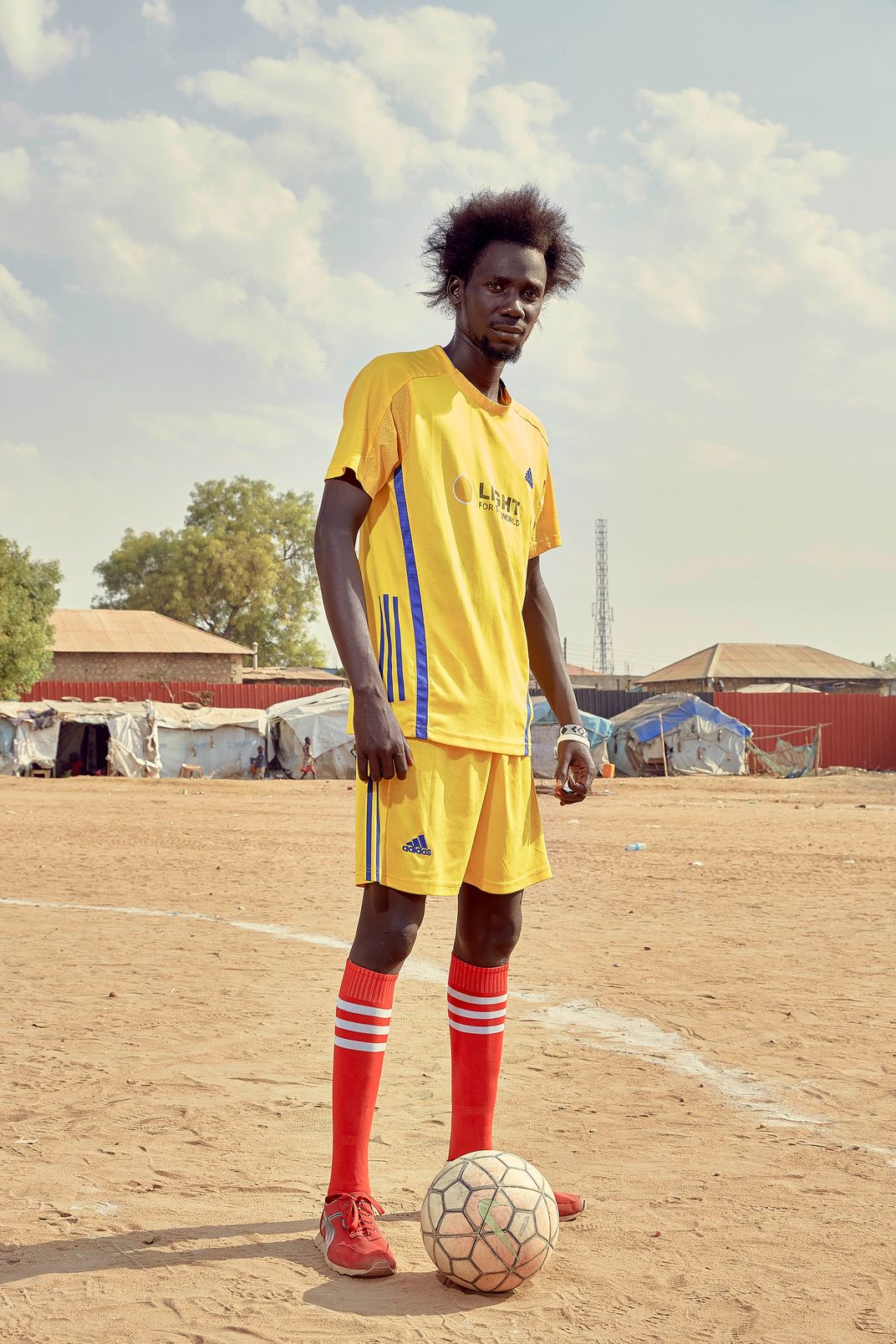 Sports For Peace Football Team member and Anywak tribesman Cham Thoy, stands on a football pitch in Mahad, a camp for Internally Displaced Persons (IDP’s) which is home to more than 12,000 South Sudanese refugees, Juba, South Sudan, 2018. The “Sports For Peace” program is a youth club with a football team and a volleyball team, as well as several indoor sports for children and young people with disabilities. The football team, in particular, proved so popular and successful that several of its players have been selected for South Sudan’s national team. For years, Mahad suffered from intertribal violence as tribes fleeing the country’s ongoing civil war brought their animosities with them into the camp, and were forced to live in close proximity. The Sports For Peace Football Team, which tries to diffuse ethnic tensions between young men from different tribes by getting them to work together, has had a positive affect on life in the camp, and levels of violence have dropped significantly. (Source: UNMISS, Light For The World)