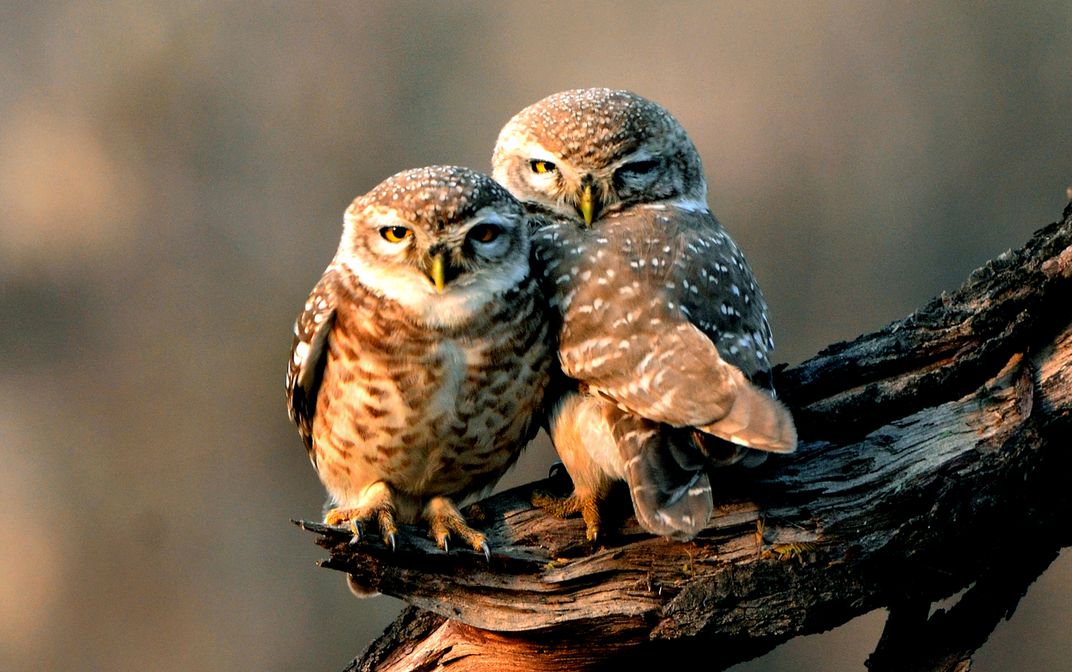 Spotted are creatures not found easily in the daytime. In daytime also they like to hide themselves in deeply shadowed areas. However I was lucky enough to find this pair in a fairly lighted place. The shy birds were sitting close to each other as they were aware that I was shooting them. These Owls are found in large numbers in open plains and foothill country and also amidst human habitations. Their foods include beetles and insects but they also take lizards and baby mice.