Home The American Experience Stand Up 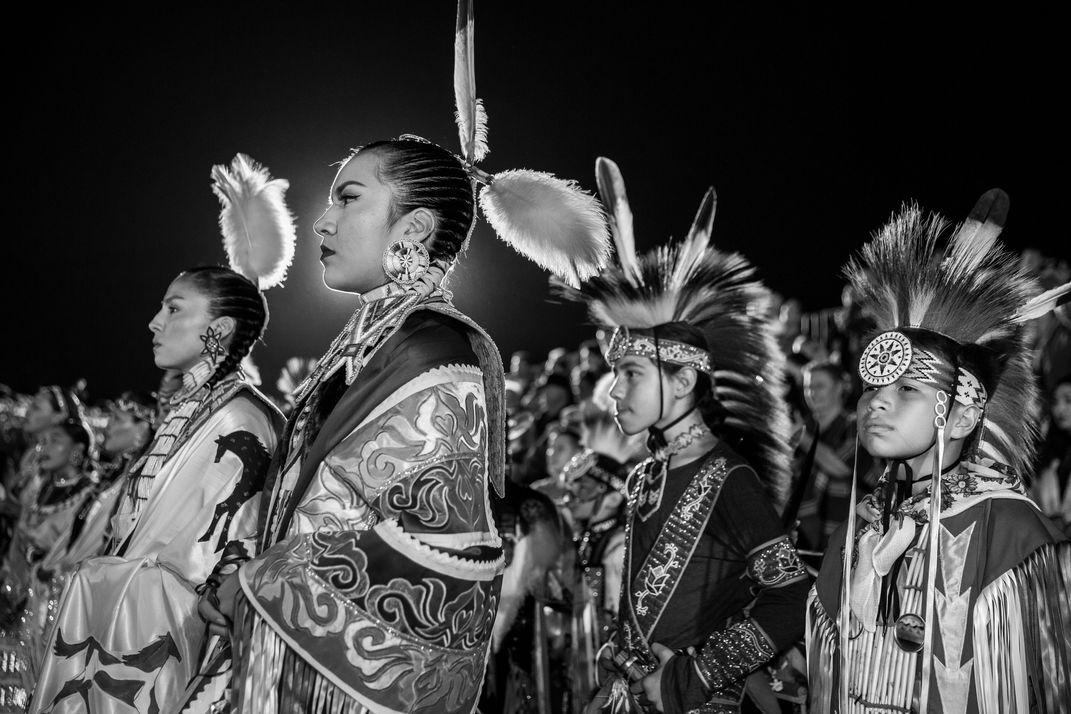 People living outside of the United States might have a misconception about the U.S., viewing it as a young nation that doesn't have many cultural traditions. That's far from the truth. In fact, American has a rich history of traditions; from Native Americans to new immigrants, every component of society brings in colorful and diversified traditions. The more I travel around the world, the more I feel the need to document cultural traditions. Three years ago, I started a project to record Native American traditions around Southern California, especially the powwow tradition. Powwows involve ceremony, singing and dancing. This photo depicts powwow participants standing up and singing the national anthem before the event starts.