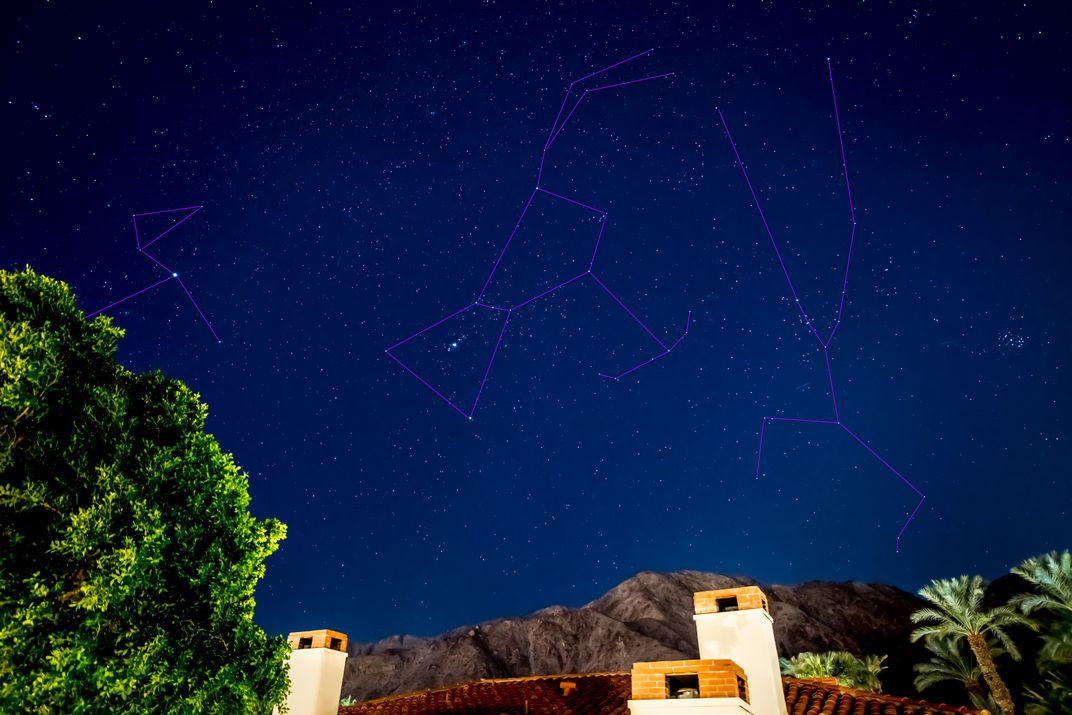 This shot shows one of the most iconic constellations that can be seen in the night sky during winter (in the Northern Hemisphere, it is flipped in the Southern Hemisphere!) Here we see some of the most archetypal figures that humanity has built stories around since the beginning of time. From left to right here we see Siris, the dog star constellation, following Orion, the hunter. These two constellations alone represent cosmic feminine and masculine energy which are represented in cultures such as ancient Egypt with Isis and Osiris. The pyramids of the Giza Plateau align to the positions of these constellations, in both their physical placement and to the King and Queen’s chambers inside the pyramid. In the Orion constellation we also see the Orion Nebula, where new stars are born (closer view on the last image). We see the bow of hunter Orion pointing to Taurus the bull, and chasing the star cluster Pleiades across the sky, also called the Seven Sisters. Taurus is the second figure on the zodiac representing the month of May. The v that is made by the shape of the horns makes it easy to identify in the night sky. The Pleiades is the star cluster most visible to the naked eye. Another iconic archetype, this one is even mentioned three times in the Bible and each current and ancient civilization had their own myths surrounding them.