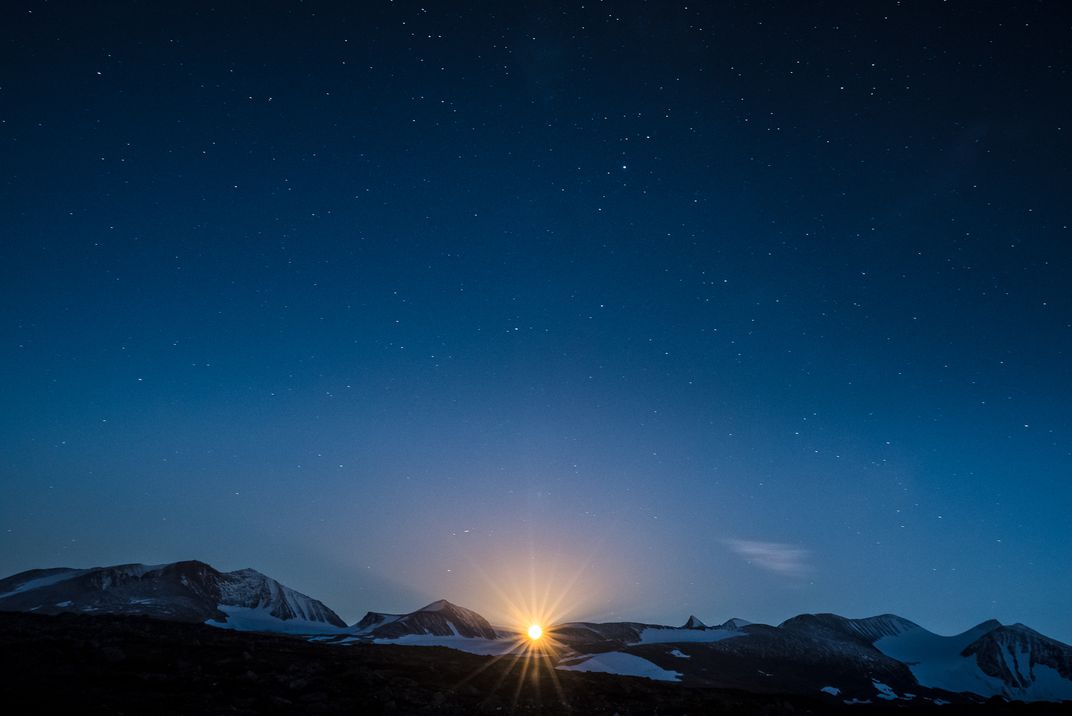 We had been walking for fourteen days of expedition through the national park of Sarek, the wildest area in Europe. A journey in self-sufficiency with 25 kg on the back through tens of kilometers of tundra and rock, with no other path than the erratic trails that the fauna traces. On day five, after a disastrous day of rain, cold and wind we arrived at what would be one of the most memorable camps. That night the sky cleared and gave us a nice moonrise, followed by the amazing spectacle of the northern lights. In the photograph you can see the Moon peeking over the glaciers of Sarektjåkkå, the second highest mountain in Sweden and the highest in Lapland (2089 m). The "star" effect on the Moon can be achieved by closing the lens diaphragm (in this case f / 8). The warm tones of the Moon and the fan of light that projects upwards create a pleasant contrast with the colder tones of the sky.