Home Natural World Steppe eagle and the flock of Mallards 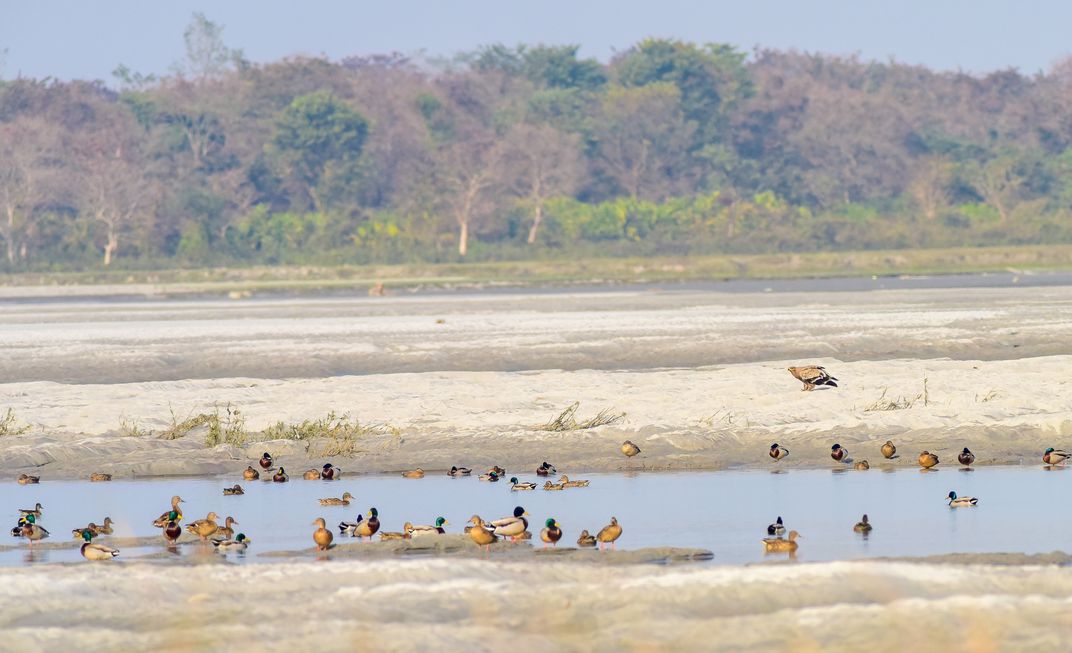 Every winter, different migratory birds halt for some time at Gajoldoba, a wetland, situated in northern part of West Bengal state in India. Mallards are one of them. Due to ample food availability, significant number of raptors are seen during that time. In this image, while the flock of Mallards were busy in the lake, not very far from them was this Steppe Eagle, keeping an eye on the Mallard flock. Such is the life in nature, where a predator awaits the moment when another species of bird would become its meal. Tried to capture that story of two sides of life against the back drop of a jungle which definitely nurtures a similar yet different story of life in nature. Important to note, in Gajoldoba, one has to capture images from a smaller hand-ridden boat, mostly in moving conditions.