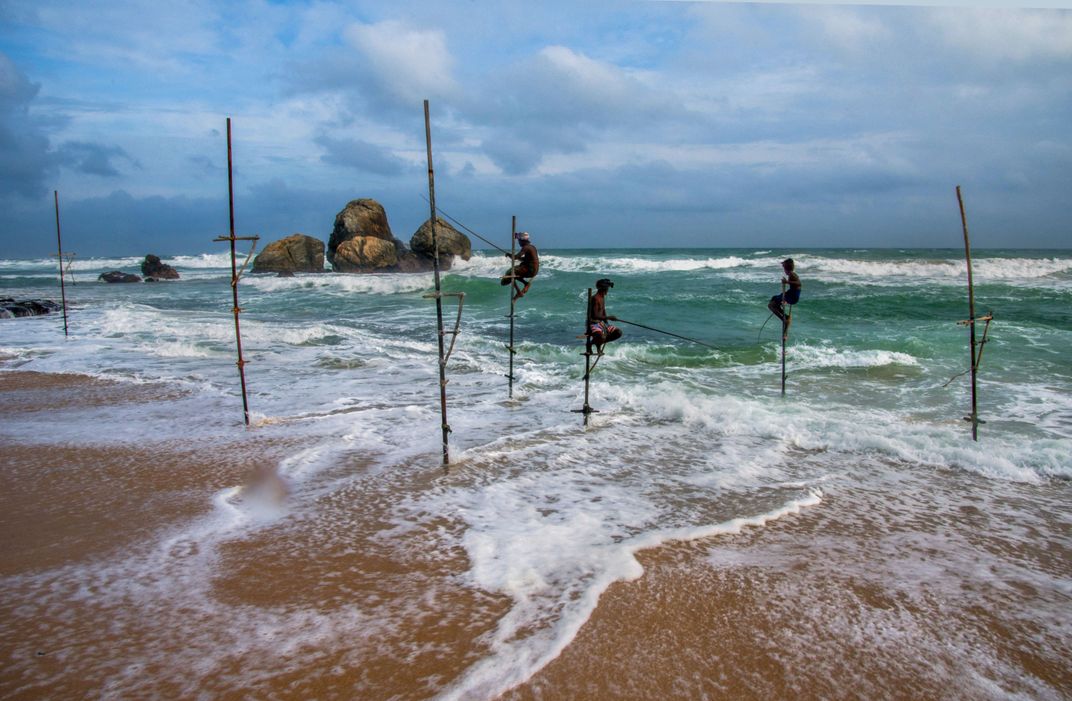 Stilt Fishing is one of the most interesting traditional fishing methods of Sri Lanka. Records indicate that it came into being just after World War II. This mode of fishing was more widely used all along the coast until the tsunami in 2004 which caused such activities to cease temporarily until recent years. The beautiful sight of fishermen perched branched poles as they fish skillfully during dawn, noon and dusk; can now be commonly along the southern coast of the country.