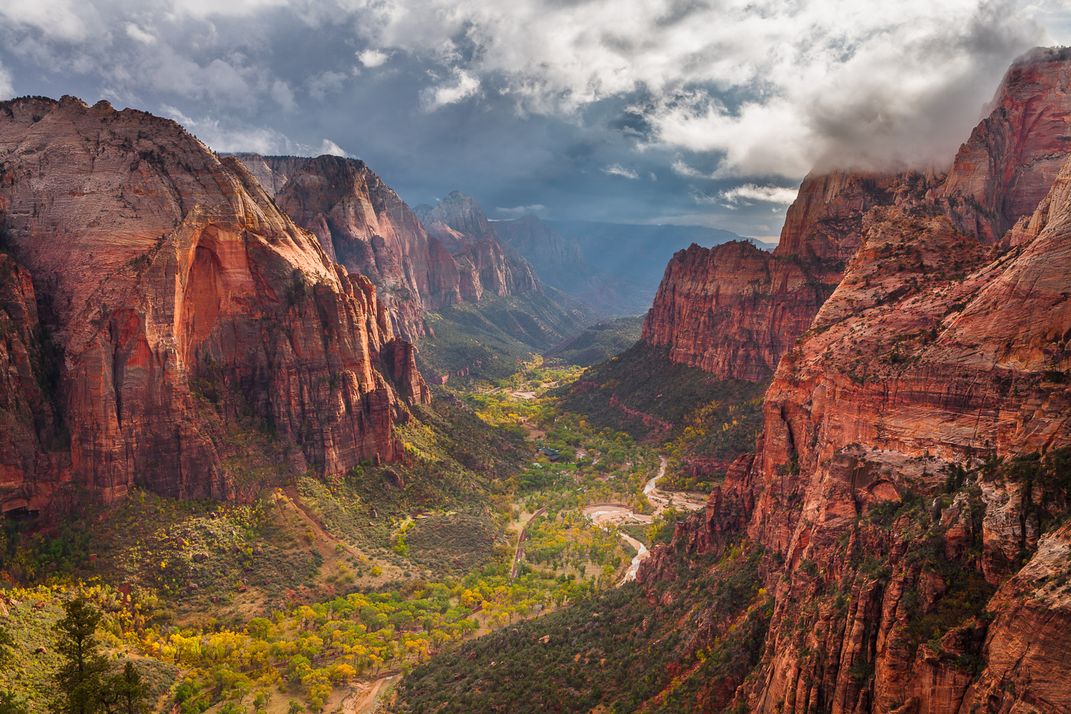 A storm was forecast to be over Zion National Park for an entire weekend, and this time the weathermen weren't lying. I hiked up to Angel's Landing beneath a downpour that absolutely transformed sandstone landscape around me as rivers and streams formed from seemingly nowhere. I spent 3-4 hours at the summit of Angel's Landing, waiting for the clouds to break. I was rewarded with about 10 minutes of broken clouds that allowed light to beam through to the valley floor before the clouds created a solid layer for another 12 hours.