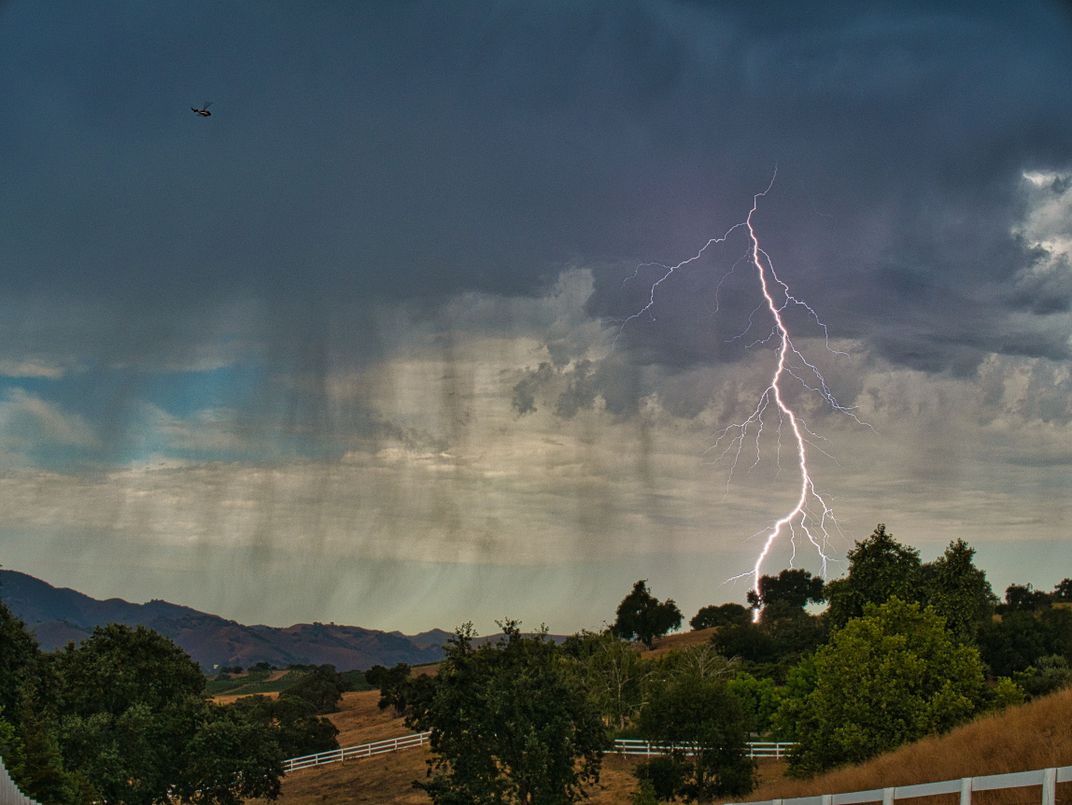 This, I would say, is one of my most favorite photos. It was a very hot weekend and I was awoken by loud thunder as this is incredibly rare on the central coast of California. I took one look out my window and realized there was a big storm passing overhead. I put on the closest shoes, grabbed my camera and chased down this storm. I was ahead of it by maybe five minutes when I found a vineyard off the side of the road. I set up my camera and tri-pod and just kept shooting. When everything calmed down, I had gone back and had seen out of the many photos I took, I had only captured one with lightning, and also the helicopter that was chasing and watching the storm as well.