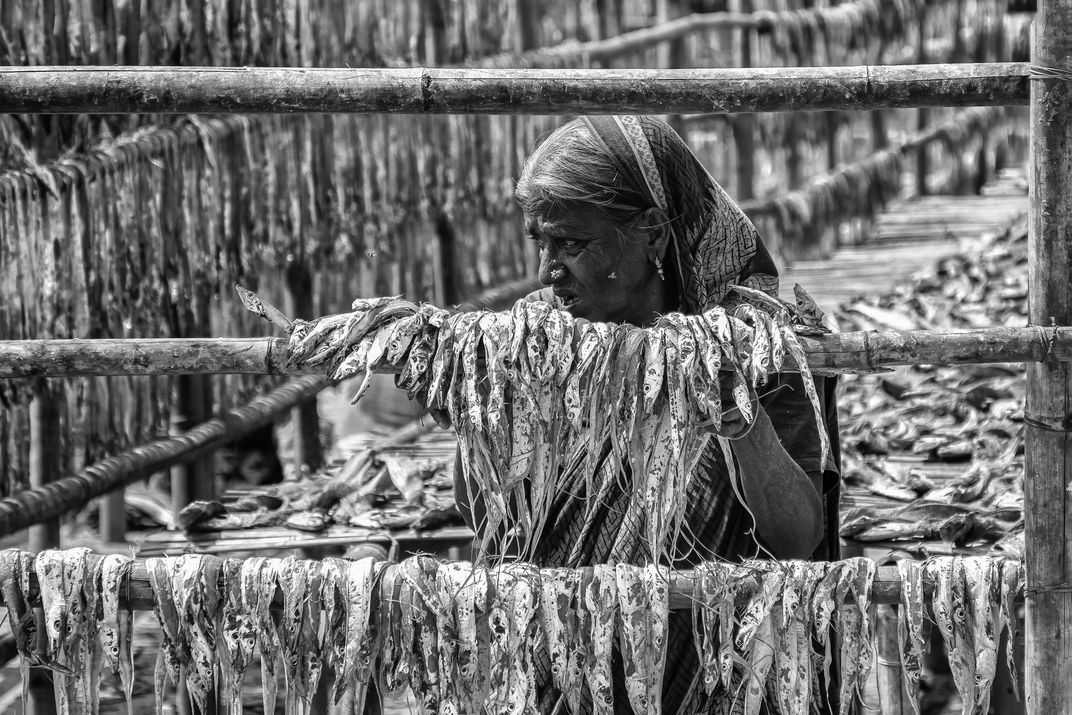 Rahima Begum, an elderly woman working 10 hours a day only for $1.5 in the district of Cox’s Bazar, Bangladesh, which is also known for the largest sea beach in the world. With this money she arranged the food and other necessary stuffs for the 6 members’ family. Life was never been fair with this lady. She got married when she was only 13 years of age. But got divorced at the age of 15 as her parents couldn’t provide the amount of dowry promised to her husband’s family. Rahima’s parent forced her to get married for the second time at the age of 17. She is the mother of 2 son and 3 daughters now. Two daughters were get married but one get divorced and another one’s husband died in a cyclone while fishing in the sea. Now both of the daughters are living with their mom Rahima. Other 3 children are 10, 12 and 13 years of old. The worst thing is Rahima’s husband got paralyzed due to a brain stroke 3 years back. Now this 45 years old woman is the main earning person of the family.