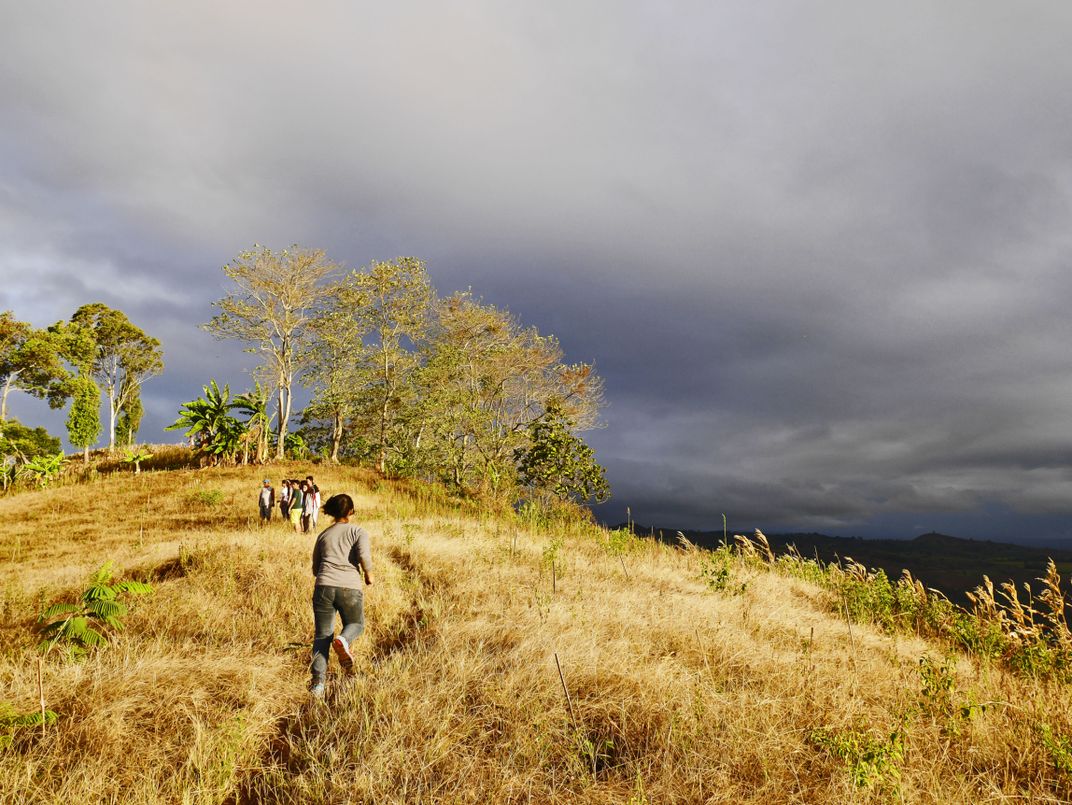 It was the peak of the El Nino season in the Philippines in 2016. Every year, I usually bring my students to Lake Apo in Valencia City, Bukidnon for a bit of R&R after submitting their projects. The change in Lake Apo was immediately noticeable: all the hills were golden with dried up grass and the water level in lake drop to a few feet. One morning we decided to trek up along the hills surrounding the lake. Because of the El Nino, the ground was dry so it was not difficult to trek up the mountains. I captured this image as dark clouds were looking in the distance. There is a stark contrast between the bright golden morning sun hitting the hill and the dark skies in the background. This practically portrays the unpredictability of the weather in the Philippines which will continue to rise because of climate change impacts.