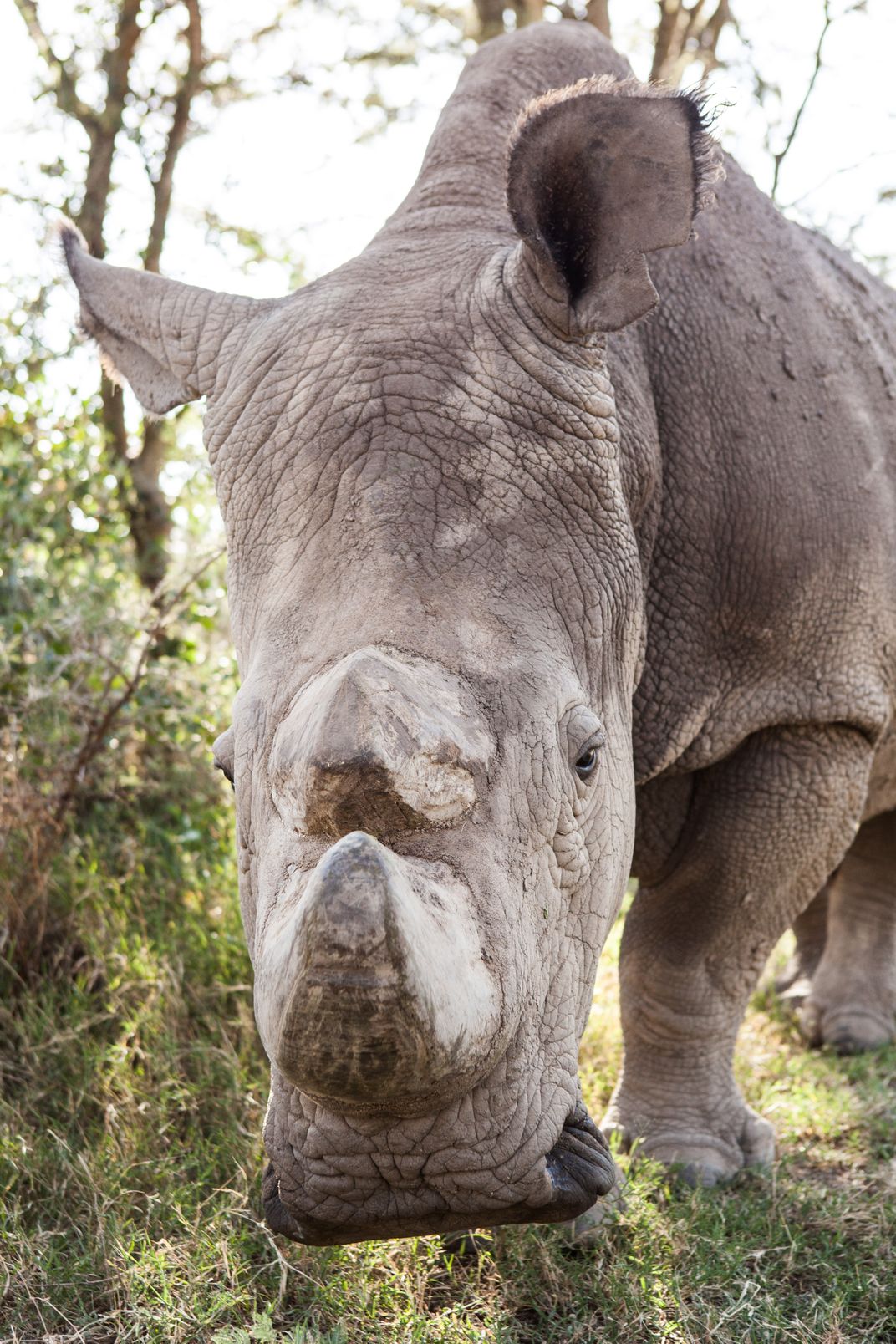 Sudan, the planet's last male northern white rhino, who is thought to be 42 years old, is kept under constant armed guard at the Ol Pejeta Conservancy in northern Kenya. It is a high security conservancy which houses the last 3 remaining northern white rhinos. Ol Pejeta has two wildlife protection squads – The Kenyan Police Reservist team and the Rhino Patrol Unit. The two operate independently, but cooperate during key operations, and share intelligence. There are 2 living northern white female rhinos ■ Najin, the 26-year-old daughter of Sudan. She has leg injuries, which means that she can no longer bear the weight of pregnancy or that of a mounting male. ■ Fatu, the daughter of Najin and grand-daughter of Sudan. She has a uterine disorder that prevents an embryo from being successfully implanted. Cells and sperm from a further 11 northern white rhinos are also being kept in frozen storage.