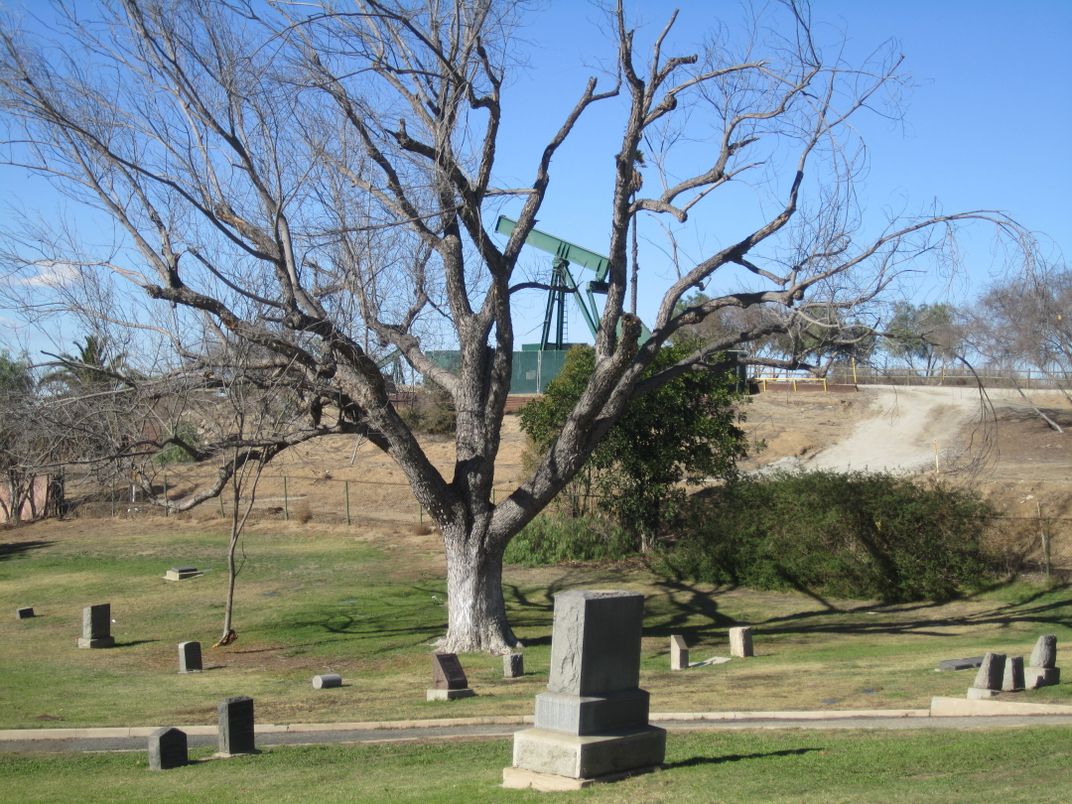 Where the oil well now stands a beautiful mausoleum was planned. Cemetery officials sold the land after oil was discovered on Signal Hill in 1921. Upset citizens, angry that they had already paid for space in the mausoleum, barricaded the entrance and the "cemetery wars" began. Also at issue was the muck and debris from the oil wells running over loved ones' graves, and slant drilling causing the headstones and bodies to sink even further into the earth. To appease the angry masses a new mausoleum was built 4 miles away, but it wasn't until 1937 and and a court decision that the "war" ended. The decision---that the owners of burial lots only had an easement for burial purposes and other land rights were not held by them, in other words "the dead had no rights." During the "war" many bodies were moved to other cemeteries, but no records kept of where they were moved to. So in trying to find relatives buried at Sunnyside or the adjoining Long Beach Municipal Cemetery be aware, your relative's remains may or MAY NOT still be there.