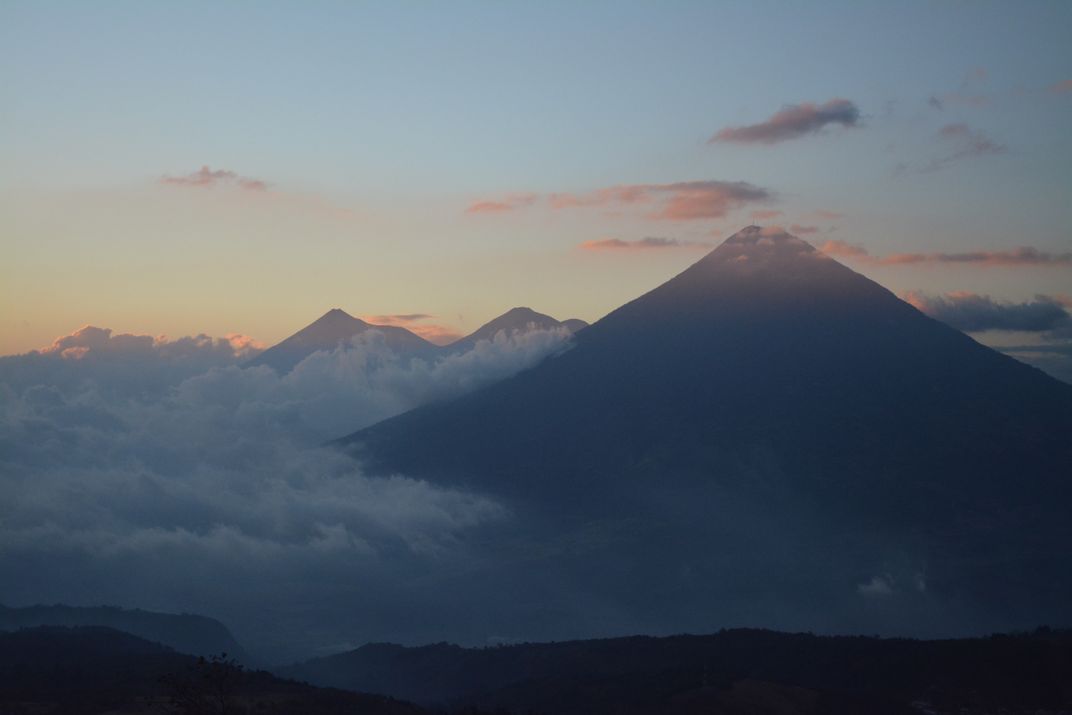 While traveling with family in Guatemala, we took a trip to climb Vocan Picaya. As we descended, the sun was setting, highlighting the nearby peaks of Volcan Fuego, Volcan Acatenango, and Volcan Agua. While we were climbing, Vocan Picaya had been sending up steam, and a few minutes after this shot, Fuego also sent up some steam. Four days prior, Fuego had erupted for the first time in several years; it would later erupt much more catastrophically.