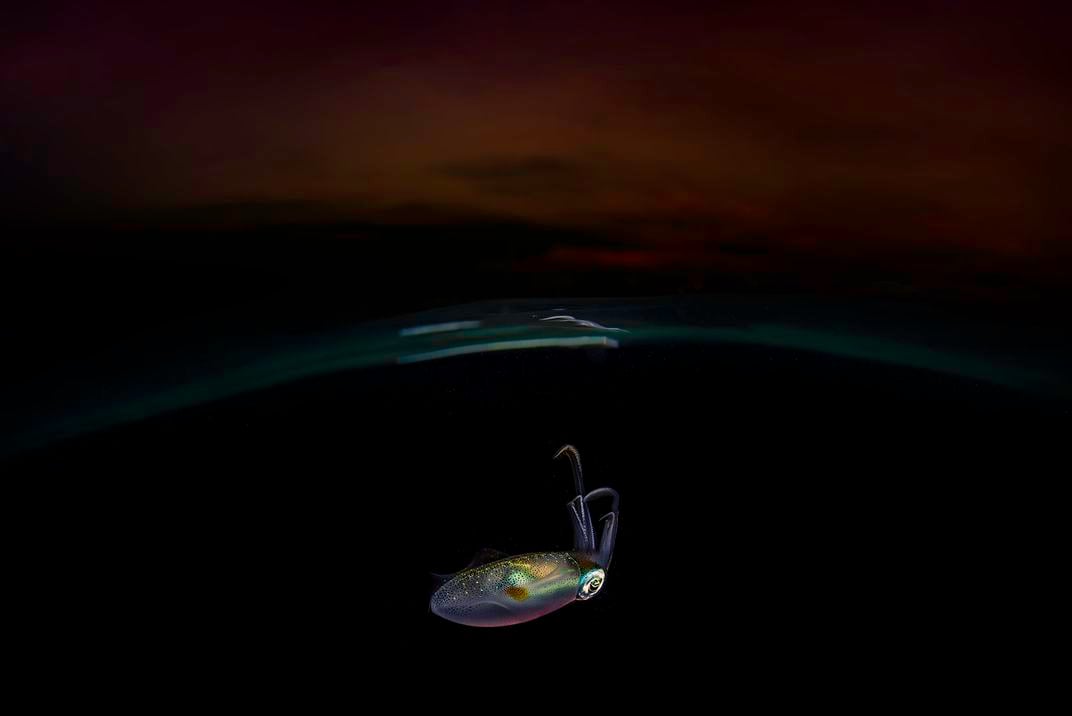 A juvenile Caribbean Squid swimming just below the ocean's surface at sunset. One evening of late October during a photographic work on coral larval growth, a small colorful squid approached me and stayed for several minutes among the lights of the underwater torches, as if he wanted to pose for a photo shoot! As it started to swim just below the surface, I thought it was worth to take some split shots (half underwater and half topside) with the amazing sunset's colors and atmosphere behind.