Home Culture and the Arts SURVIVAL OF THE FATTEST 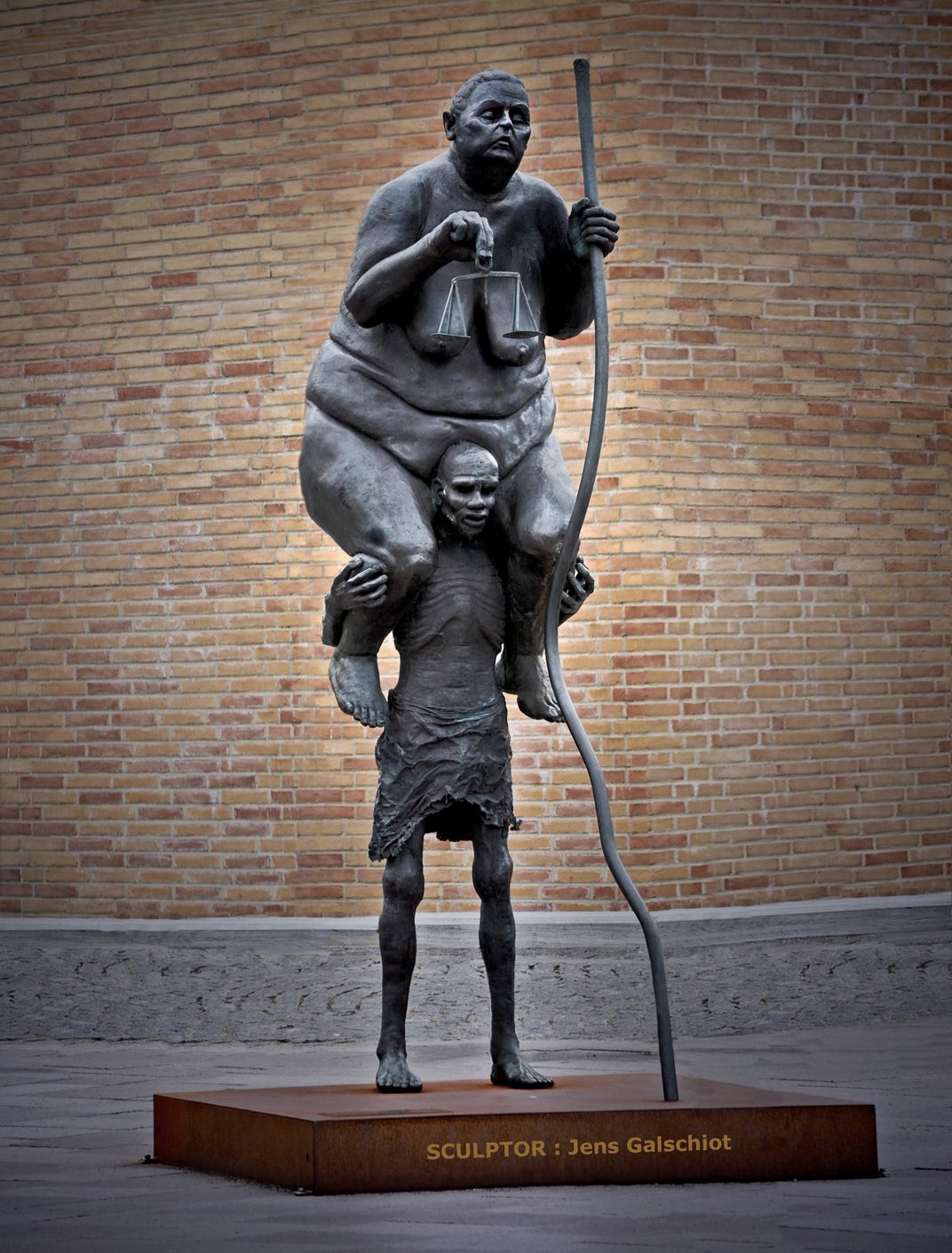 I captured this symbolic sculpture synthesis in the beautiful seaside town of Ringobing in Denmark. As stated by the Danish sculptor Jens Galschiot, this 3.5 meters high bronze sculpture epitomizes the imbalanced distribution of the world’s resources preserved by means of a biased and unjust world. It is called ‘SURVIVAL OF THE FATTEST’ and shows a huge fat woman from the West, with a pair of scales in her hand, sitting on the shoulders of starved African man. As I was informed there, this controversial statue instigated many arguments among the inhabitants and the visitors of the small town.