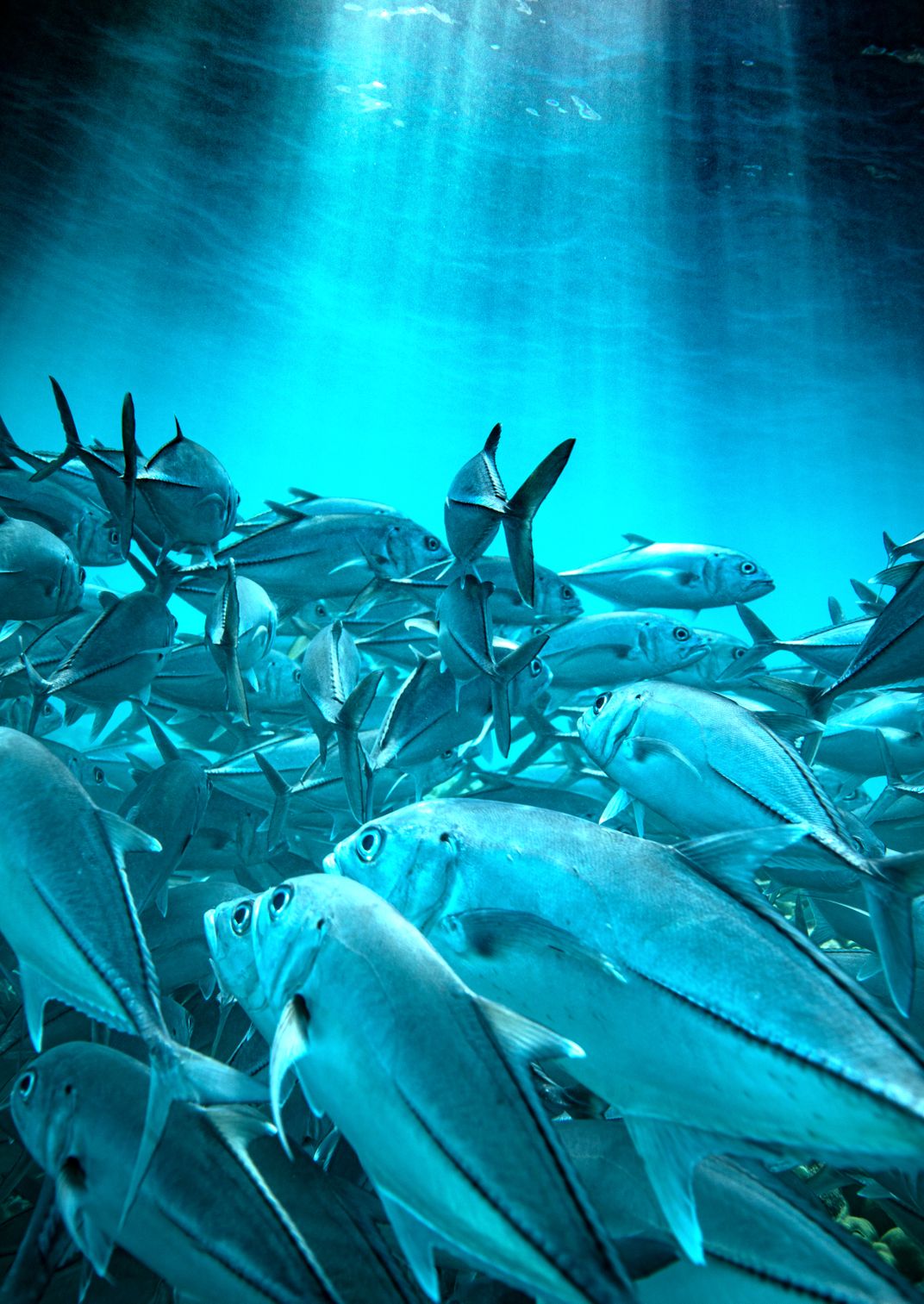 It was an just after sunrise and the winds were a about 6 knots, the ocean was still and barley a ripple at the surface. The visibility was 100 percent. I hiked down to swim in what is now a dormant volcanic crater. I found myself alone swimming in the middle of this tranquil bay,the water was so clear I could see the light shining off the bottom of the sand 60 feet below. I suddenly noticed one of the largest schools of jacks (bigeye)I have ever seen .I slowly swam towards them I spent hours with them,It was mesmerizing watching how synchronized they were. They became more and more comfortable with my presence. At times I was mimicking the movements of the school of fish and I was swimming in tandem with them. This pic is a memory from that day.