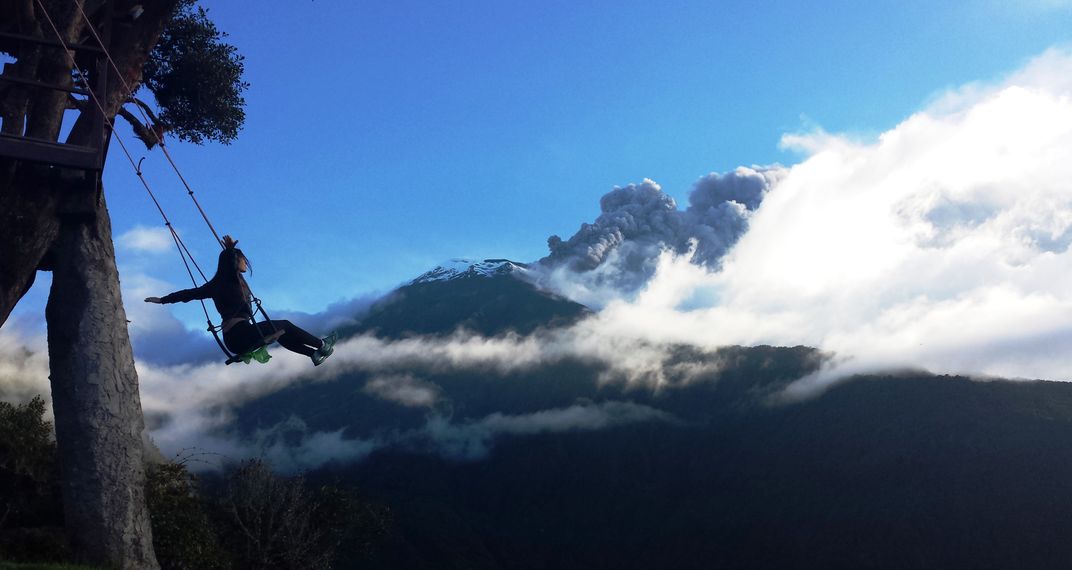 At the time we were visiting Ecuador, four volcanoes were erupting at various locations throughout the country. Shortly before we arrived at La Casa del Arbor, Tungurahua had erupted and when we got there, we saw the ash clouds billowing from the top. Watching people swing from the tree house "at the end of the world" is something to see in and of itself. But on this day, I found the playful spirit quite the contrast to the angry eruption happening in the background.