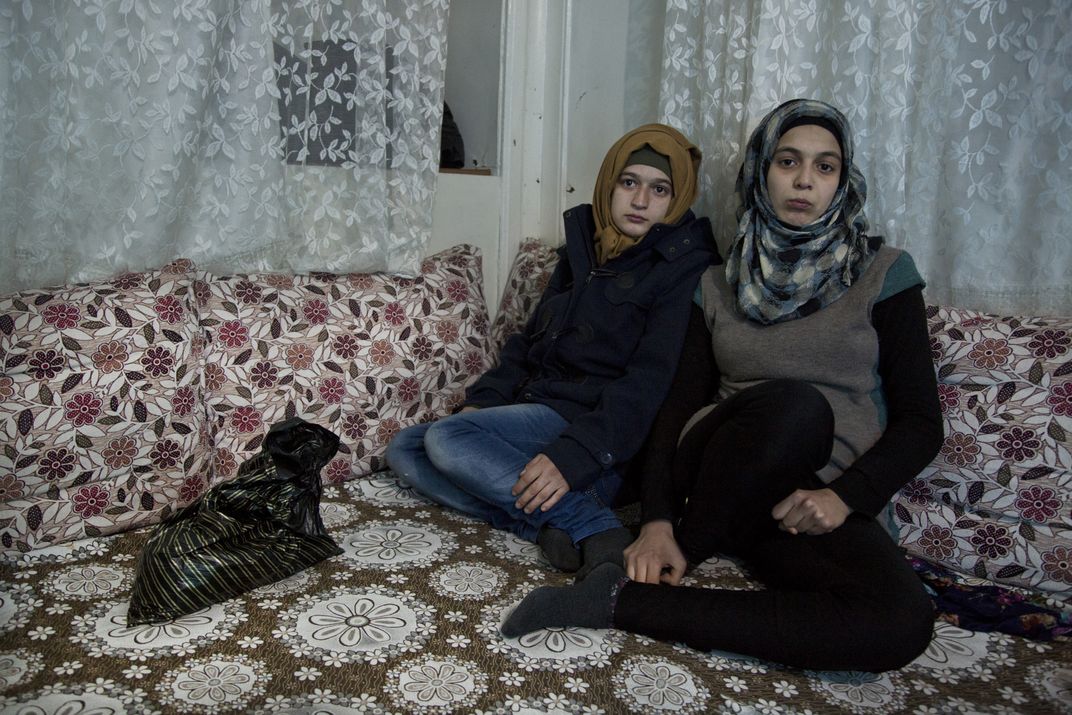 This is a series of portraits of refugee women from Syria who live in southern Turkey, because of their religion, women are not allowed to be portrayed but because the men of these families died during the attacks, they were left to the front Of the house. Buthenia and her sister escaped from Aleppo, her father and her uncles died during the bullfights in Aleppo. Now they live in Gaziantep very austerely, due to the lack of papers, they can not study.