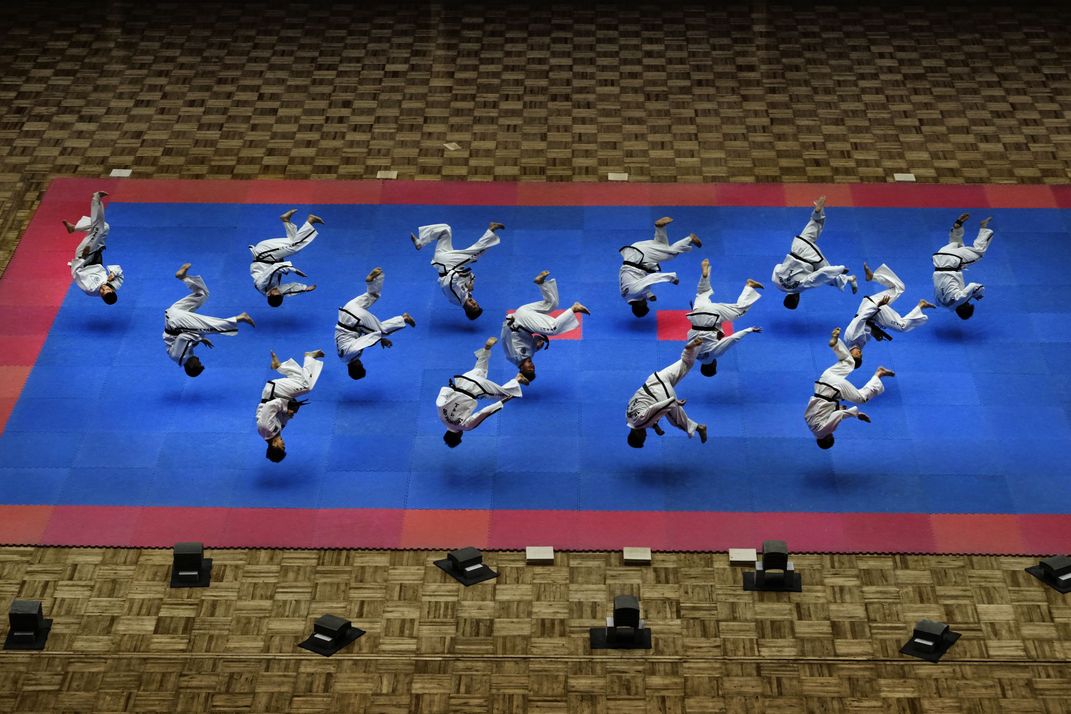 At the Taekwando Palace in Pyongyang, a group of athletes simultaneously execute a tul, a series of offensive and defensive techniques against one or several virtual adversaries. A tul is the equivalent of a kata or pattern of moves in Karate. There are 24 tuls, one for every hour of the day. In the foreground, stacks of tiles and (30 x 30 cm) pieces of wood that the athletes will break with their hands and feet in order to demonstrate kyok-pa, the art of breaking boards, bricks and tiles. Although the origins of martial arts are shrouded in mystery, since time immemorial men have used their hands and feet for self-protection. Influenced by a combination of historical events in Korea and Japanese traditions, the modern incarnation of Korea’s national martial art Taekwondo ("way of kick and fist") was created in 1955 by General Choi Hong-hi. Born in what is now North Korea, his idea was to develop a specific martial art to demonstrate the spirit and wisdom of the Korean nation to the outside world. Taekwondo is extremely popular in North Korea. It is taught in every school and is part of the daily sports and health routine of all DPRK citizens. After 50 years of existence, the art of kicks has 60 million practitioners in more than 120 countries. Taekwondo became a medal sport at the Sydney 2000 Olympic Games.