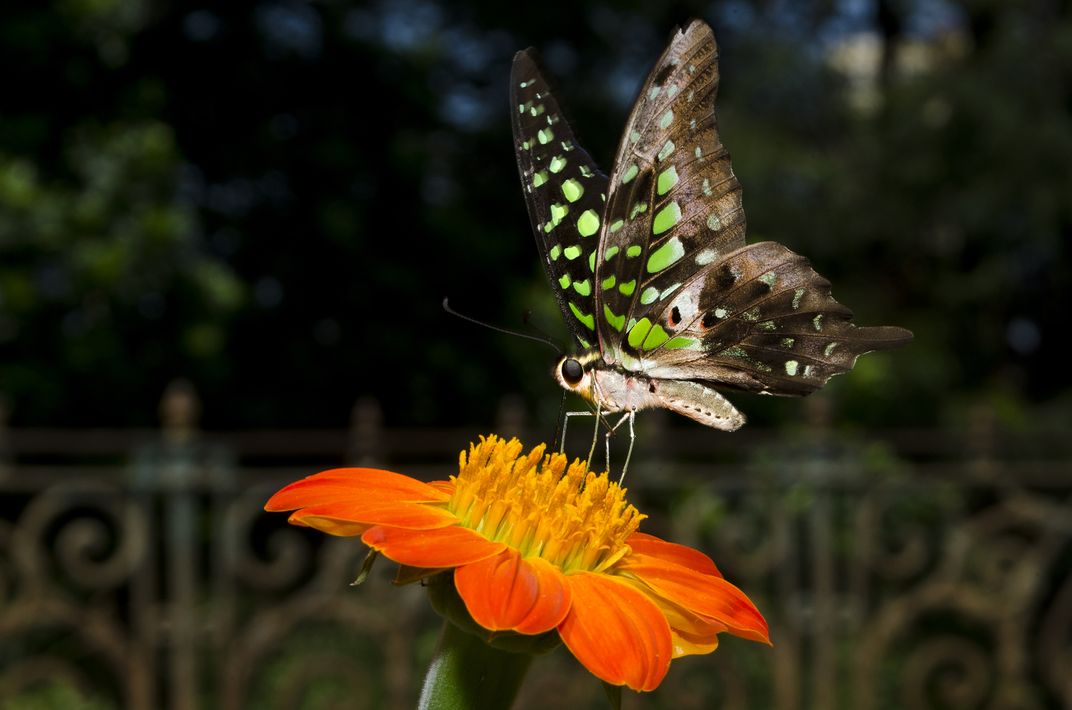 The ever so restless Tailed Jay is considered a "high energy" pollinator and is one of the most commonly sighted butterflies in gardens around the city of Mumbai. It has adapted to urban environments and can even be seen on busy roadsides possibly due to the presence of its food plant, the False Ashoka tree. These trees are known to have been planted to cut down noise pollution. This picture was taken in the terraced ‘Hanging’ gardens atop Malabar Hill. According to naturalist Sunjoy Monga, 19th-century writings describe the hill as a densely foliated terrain, teeming with venomous snakes, jackals and hyenas. While rapid urbanization has wiped out most of the terrestrial mammals here, the wooded area harbours around 40 species of birds and 34 species of butterflies.